What is Alternative Energy? 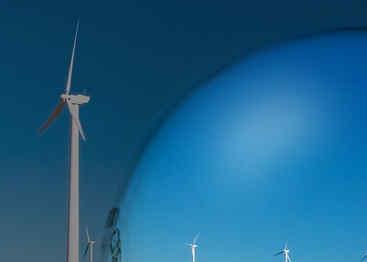 What is Alternative Energy? Alternative energy is power that comes from sources which are not going to run out, do not pollute as much as fossil fuels (oil, coal, natural gas), or do not create leftover materials that are harmful to people and the environment.

The term, "alternative," in a sense, is meant to contrast environment friendly energy against forms of energy that hurt the environment (coal power, natural gas, and oil power). Other names for alternative energy include clean energy, green energy and renewable energy.

The sun has been around, shining on the earth with warmth and light for many, many years. This alternative energy source is available at no cost, and will be available to generate energy tomorrow and for millions of years to come, which explains why scientists continue to strive to figure out new ways on how to capture and use energy from the sun.

Long ago, it was discovered that leaving objects in the sun not only increased the object's thermal temperature, but the radiating heat also produced energy. Today, this type of alternative solar power, letting the sun heat something up, is called thermal solar energy. This alternative energy source is used to heat water for people's homes by passing cool water through pipes that are exposed to sunlight. As the pipes heat up, the water gets hot.

Another type of solar energy, known as light solar energy or photovoltaic energy, has only been used since the 1950s. This type of solar power comes from changing sunlight into actual electrical current. Very thin photovoltaic cells, which contain layers of different chemicals, absorb light from the sun and change it into electricity. The photovoltaic electricity is then stored in large batteries for later use, or it is actually sent back through the power lines to the electric company, which pays you for making electricity. Photovoltaic energy is growing in popularity every year. New types of photovoltaic cells, called “thin films”, are making solar electrical systems easier to put into homes, and less expensive than they were before.

Did you know: If one minute’s worth of all the sun’s energy that falls on the Earth was captured, it would be enough to provide the world with enough power for an entire year.

Wind energy has been utilized as an energy source for thousands of years. For example, the earliest sailors realized that putting sails on their boats to catch the wind made their boats go faster. More than 100 years ago, many farms used wind power to pump water from underground up to a container where it could be used for their homes or to water their animals. Today, wind power is used to turn large propeller blades that are put on top of towers. As the blades turn, their movement turns a generator, which changes the movement into electricity, which is sent to power stations or stored in batteries. Today, more people are buying small wind towers that make enough electricity to run their homes.

These days, very large windmills (known today as windfarms) are built in large groups. These windfarms are located miles away from where people live, and when the power is generated, the power is sent back to the cities and towns. Because wind patterns vary from location to location, some windfarms won’t work very well. But in windy areas, windfarms provide an efficient amount of electricity.

Water energy is another type of alternative energy that has been utilized for many years. Have you ever seen a water wheel next to a mill in an old painting or picture? The wheel was turned by the flowing water in a creek. The turning wheel was connected to a large millstone, which was used to crush grain to make flour and cornmeal. Today, electricity is generated using water. Large walls (dams) are built with tunnels to block flowing rivers so that the water can navigate through them, and, as the water goes through these tunnels, propellers turn a motor, which then generates electrical power. The generated power either is stored in batteries or is sent to a power station. Technology has developed enough that a small home can generate its own hydro power.

If a home is next to a creek or stream, a micro hydro system can turn a very small wheel, which then generates electrical power. Activists, scientists and some government officials have voiced their concerns that building large dams interrupt ecosystems, despite the fact that it generates millions of watts of power. However, the micro hydro technology can be used without hurting a small stream or the plants and animals that live there.

The farming industry, among other industries, are using corn and other plants as a biomass alternative energy source that can be put into the gas tanks of cars and trucks that can replace earth-damaging fossil fuels.

Ethanol, a second biofuel, is made by distilling plant materials (eg. corn) into grain alcohol, which is then mixed with small amounts of fossil fuel. When finished, this form of alternative energy can be used in cars, trucks and vans. While the farming industry is utilizing this readily available alternative energy resource, studies show that unless farms stop using petroleum-based chemicals for fertilizer and for killing pests, growing crops to make ethanol fuels may be more damaging to the environment than other forms of alternative energy.

Learn more about these forms of alternative energy:

Below are three of the most popular forms of alternative energy. Click on the links to learn more: