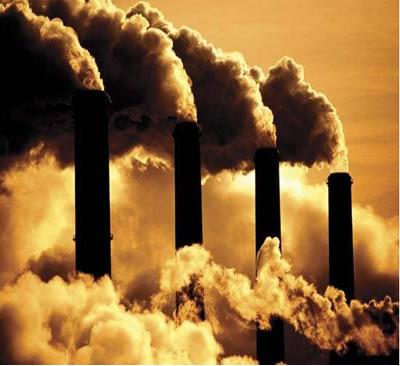 Why are alternative energy solutions so important? Fossil fuels, such as coal and oil, continue to contribute to the ever-growing pollution in the environment by producing carbon dioxide and other harmful chemicals, which causes further damage to Earth's atmosphere by increasing the hole in the layer of the upper atmosphere (the ozone layer). The ozone layer, which protects Earth's inhabitants from the sun's radiation, prevents the snow in the Northern and Southern atmospheres from melting. These increased atmospheric temperatures, known as global warming, is a concern for governments all over the globe because flooding could occur on such catastrophic levels (much of North America, Europe and other parts of the world would be under water and countless lives would be lost). So, many of the world's nations are rallying together to reduce their fuel consumption and dependency on fossil fuels and find other alternative energy solutions.

According to the U.S. Department of Energy, fossil fuels currently give the U.S. more than 85 per cent of all consumed electric power and almost all of consumed transportation fuels. DOE points out that the likelihood that America's reliance on fossil fuels will continue to increase over the next two decades as the economy expands--even with aggressive development and deployment of new alternative energy technologies.

What does this mean? Energy is essential to economic growth. Without adequate energy supplies, a world population of six to ten billion people would not be possible. Every human life and every sector of the economy requires energy and even the most basic needs of humanity (such as food and water) could not be supplied without adequate energy supplies.

For any alternative energy solution to be successful in today's marketplace, it must provide more energy than other large energy sources (fossil fuels and natural gas), which presents a formidable challenge. Why? Most of today's energy sources are already considered difficult to satisfy current demand. The difficulty doesn't exist in the resource being too small, but the challenge is to maintain a high rate of growth necessary to keep up with demand. How is this to be done? Here are some alternative energy solutions.

Hydroelectricity is a well-established and cost-effective form of alternative energy. This alternative energy solution has helped support energy-intensive industries like rely on cheaper forms of electricity. Hydro Electricity also plays an important role in energy storage, but, hydro energy's potential won't be enough to power the global economy on hydroelectricity. However, hydro-electric energy projects will continue to be deployed wherever the resource is readily available.

Solar energy hasn't gone large scale mainly due to cost and distribution issues, but that hasn't stopped solar energy companies from making investments. In fact, recent expansions have resulted in 265 megawatts of energy and more than two billion dollars of investment in the U.S. economy. When cost isn't such a major factor, it's expected that solar energy will play a larger role in the world economy. Solar energy, particularly in thee electricity sector, will have to become much more cost efficient before it can compete with other energy resources. While there is no obvious floor to the price of solar energy, progress in the last few decades has been slow. Another factor affecting cost is electricity storage, which, at present, is not currently available to meet immediate high energy demands. But, if cost becomes roughly three times cheaper than other electricity sources that satisfy immediate demand, then solar energy stands a chance of becoming a major energy source. It's expected that prices will decrease dramatically with emerging solar technologies, such as photovoltaic cells. It remains be seen, however, if these reductions can give solar energy the competitive edge in the world economy.

Wind energy is helping many nations meet their ever-growing energy demands. Today, wind energy provides the U.S. with enough electricity to power over 9.7 million American homes. And, according to the National Renewable Energy Laboratory (NREL), there is a potential of 37 trillion kilowatt-hours of electricity that could be used to power the U.S. annually—-nearly 10 times the country’s existing power needs. At the moment, there are over 400 American manufacturing plants that build wind components including blades, towers and other major turbine components. Plus, new wind energy manufacturers are currently coming online, being announced or expanding (over 100 since 2007). However, wind energy requires further development in technologies before they are ready to operate at full scale.

The geothermal potential is very large. At the moment, the technology for this alternative energy solution is limited to special locations (such as Iceland, Kenya and locations in California) with very steep thermal gradients, resulting in very large temperature differentials between the surface and the geological reservoir. For the time being, many of the possible energy resources are simply not large enough to operate at the scale necessary to satisfy a substantial fraction of the world’s energy demand. In some cases, like wind energy, the locations are large enough, but raise serious questions about the environmental impact of large-scale deployment.

What is the best alternative solution?