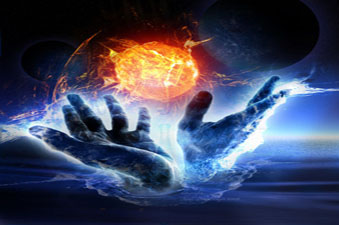 Solar-thermal energy is a completely different technology. It collects and concentrates the sun's rays to heat up fuel such glycol or any other liquid that heats up easily. The heat trapped within this medium is then used transferred through a heat exchanger so that heated water can be used for regular hot water applications like bathing and space heating and heating swimming pools, etc. Fossil fuels are sometimes used as a back-up to heat the water in the boiler if the sun is not shining and cannot heat the system. There are three different methods for concentrating the sun’s rays:

In spite of its cost versus other sources of energy, alternative energy solar power is attracting interest due to the following:

The biggest barriers to increasing alternative energy solar power generation are the cost, the amount of land required for large-scale electricity production, and the intermittent nature of the energy source. In terms of the latter, thermal systems do not work at night or in inclement weather. Storage of hot water for commercial or domestic use is simple because only insulated tanks are needed, but further technology advancements are required to improve storage for the higher-temperature liquids required to generate electricity on a large scale and storage of the electricity itself.

Although alternative energy wind power is more economical and has been more widely adopted for large-scale power production than solar energy, solar energy is the most flexible in scale and application. It also is widely available and an environmentally benign source of alternative energy. It is currently a $7 billion per year business that is growing at 40 per cent per annum.