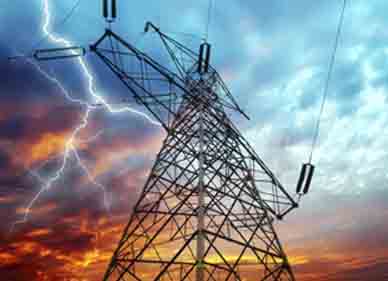 Electricity is one of the most widely used forms of energy

Electricity is not only a basic part of nature. It is also one of the most widely used forms of energy. In addition to naturally occurring in the form of lightning or static electricity, it is also a manufactured product, created in an electrical generator, flowing from there through wires to where it is consumed.

Electricity is the flow of electrical power or charge through a conductor. Copper wires are good conductors of electric current.

The electricity that we use is a secondary energy source because it is produced by converting primary sources of energy such as coal, natural gas, nuclear energy, solar energy, and wind energy into electrical power. It also referred to as an energy carrier, which means it can be converted to other forms of energy such as mechanical energy or heat.

Despite its great importance in daily life, few people probably stop to think about what life would be like without electricity. Like air and water, people tend to take electricity for granted. But people use electricity to do many jobs every day—from lighting, heating, and cooling homes to powering televisions and computers.

Scientists and inventors have worked to decipher the principles of electricity since the 1600s. Some notable accomplishments were made by Benjamin Franklin, Thomas Edison, and Nikola Tesla.

When the balancing force between protons and electrons is upset by an outside force, an atom may gain or lose an electron. When electrons are "lost" from an atom, the free movement of these electrons constitutes an electric current.

Power is a basic part of nature and it is one of our most widely used forms of energy. We get power, which is a secondary energy source, from the conversion of other sources of energy, like coal, natural gas, oil, nuclear power and other natural sources, which are called primary sources. Electricity utilities keep electric flowing 4 hours a day, to a nation thirsty for electric power.

Many cities and towns were built alongside waterfalls (a primary source of mechanical energy) that turned water wheels to perform work. Before power generation began slightly over 100 years ago, houses were lit with kerosene lamps, food was cooled in iceboxes, and rooms were warmed by wood-burning or coal-burning stoves.

Beginning with Benjamin Franklin's experiment with a kite one stormy night in Philadelphia, the principles of power gradually became understood. In the mid-1800s, Thomas Edison changed everyone's life -- he perfected his invention -- the electric light bulb. Prior to 1879, power had been used in arc lights for outdoor lighting. Edison's invention used power to bring indoor lighting to our homes.

HOW IS A TRANSFORMER USED?

To solve the problem of sending power through circuits over long distances, George Westinghouse developed a device called a transformer. The transformer allowed power to be efficiently transmitted over long distances. This made it possible to supply power to homes and businesses located far from the electric generating plant.

Despite its great importance in our daily lives, most of us rarely stop to think how life would be like without power. Yet like air and water, we tend to take power for granted. Everyday, we use power to do many functions for us -- from lighting and heating/cooling our homes, to being the power source for televisions and computers. power is a controllable and convenient form of energy used in the applications of heat, light and power.

Today, the United States (U.S.) electric power industry is organized to ensure that an adequate supply of power is available to meet all demand requirements at any given instant.

WHAT IS ELECTRICITY? HOW IS POWER GENERATED?

An electric generator is a device for converting mechanical kinetic energy into electrical energy in a power station. The process is based on the relationship between magnetism and power. When a wire or any other electrically conductive material moves across a magnetic field, an electric current occurs in the wire.The large generators used by the electric utility industry have a stationary conductor.

A magnet attached to the end of a rotating shaft is positioned inside a stationary conducting ring that is wrapped with a long, continuous piece of wire. When the magnet rotates, it induces a small electric current in each section of wire as it passes. Each section of wire constitutes a small, separate electric conductor. All the small currents of individual sections add up to one current of considerable size.This current is used for electric power.

HOW IS ELECTRICITY MEASURED?

Power is measured by electric fields, in units of power called watts. It was named to honor James Watt, the inventor of the steam engine. One watt is a very small amount of power. It would require nearly 750 watts to equal one horsepower in terms of the amount of electric potential energy.

A kilowatt represents 1,000 watts. A kilowatt-hour (kWh) is equal to the energy of 1,000 watts working for one hour.

The amount of power a power plant generates or a customer uses over a period of time is measured in kilowatt hours (kWh). Kilowatt hours are determined by multiplying the number of kW's required by the number of hours of use. For example, if you use a 40-watt light bulb 5 hours a day, you have used 200 watts of power, or .2 kilowatt hours of electrical energy.

Traditional electric utilities in the United States are generating electric power at tremendous rates and are responsible for ensuring an adequate and reliable supply of electricity energy to all consumers at a reasonable cost. Electric utilities include investor-owned, publicly owned, cooperatives, and Federal utilities.

Power marketers are also considered electric utilities--these entities buy and sell power, but usually do not own or operate generation, transmission, or distribution facilities. Utilities are regulated by local, State, and Federal authorities.

The electric power industry is evolving from a highly regulated, monopolistic industry with traditionally structured electric utilities to a less regulated, competitive industry. The Public Utility Regulatory Policies Act of 1978 (PURPA) opened up competition in the generation market with the creation of qualifying facilities. The Energy Policy Act of 1992 (EPACT) removed some constraints on ownership of electric generation facilities and encouraged increased competition in the wholesale electric power business.