A key component of off‑grid systems is the generator (Figure 1). Generators (also referred to as'en‑sets") are used to charge batteries during periods of low insolation. They are also used to equalize batteries and to provide power when extraordinary loads are used ‑ for example, welders ‑ that would exceed the output of the inverter. Finally, gen‑sets may be used to provide backup power if the inverter or some other vital component breaks down. Although a battery‑charging gen‑set may not be required in hybrid systems with good solar and wind resources, most off‑grid homes and businesses have one.

Gen‑sets for homes and businesses are usually rather small, around 4,000 to 7,000 watts. Generators smaller than this are gen­erally not adequate for battery charging.

Generators can be powered by gasoline, diesel, propane, or nat­ural gas. By far the most common gen‑sets used in off‑grid systems are gasoline‑powered. They're widely available and inexpensive. Gas‑powered generators consist of a small gas engine that drives the generator. Like all generators, they produce AC electricity. 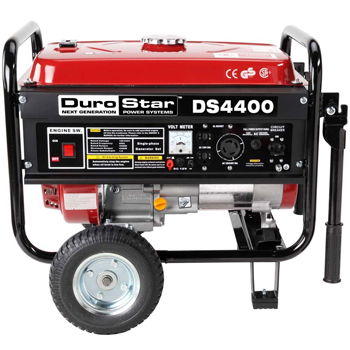 Fig.1: Portable gen‑sets like these commonly run on gasoline.

Gas‑powered generators operate at 3,600 rpm and, as a result, tend to wear out pretty quickly. Although the lifespan depends on the amount of use, don't expect more than five years from a heav­ily used gas‑powered gen‑set. You may find yourself making an occasional costly repair from time to time as well.

Because they operate at such high rpms, gas‑powered gen‑sets are also rather noisy; however, Honda makes some models that are remarkably quiet (they contain excellent mufflers). If you have neighbors, you'll very likely need to build a sound‑muting genera­tor shed to reduce noise levels, even if you do install a quiet model. And don't think about adding an additional muffler to a conven­tional gas‑powered generator. If an engine is not designed for one, adding one could damage it.

If you're looking for a quieter, more efficient generator, you may want to. consider one with a natural gas or propane engine. Large‑sized units ‑ around 10,000 watts or higher ‑ operate at 1,800 rpm and are quieter than their less expensive gas‑powered coun­terparts. Lower speed translates into longer lifespan and less noise. Natural gas and propane are also cleaner burning fuels than gaso­line. Unlike gas‑powered generators, natural gas and propane generators require no fuel handling by you, but you could end up paying several times more for a natural gas or propane generator than for a comparable gas‑powered unit.