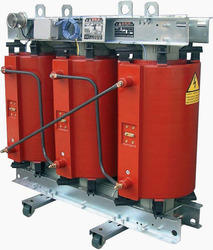 What Do Power Transformers Do?

Using a process called electrical induction, a power transformer transforms the current and voltage of electricity running in it into a current and voltage that works for the specific system it’s helping to run. Although the frequency of the electricity remains the same, it is transmitted at a difference value for both the current and the voltage. Power work together with distribution transformers to regulate power in transmission networks, either increasing or decreasing voltage levels depending on the needs of the consumer.

Why Do I Care About Power Transformers?

This dielectric test verifies the integrity of the insulation of each winding to all other windings and ground.

The coil hot-spot temperature is the absolute maximum temperature present in the transformer. This number is equal to the sum of the following: T Hot Spot = T ambient + T average winding rise + T hot spot rise adder or rise above average.

Continuous rating is the continuous power (kVA) the transformer delivers to the load without exceeding its specified temperature rise.

The delta connection is a standard three phase connection with the ends of each phase winding connected in series to form a closed loop. Sometimes referred to as three wire. The phase relationship will form a Delta.

A wye connection is a standard 3-phase transformer connection with similar ends of each of the phase coils connected. This common point forms the electrical neutral point and may be grounded. When the neutral is brought out it makes a 4 wire system.

These tests consist of the application of a voltage higher than the rated voltage for a specified time, for the purpose of determining the adequacy of insulation strength and electrical clearances.

Impedance is the impeding element against current flow.

Impulse tests are dielectric tests consisting of the application of a voltage waveform with a very steep rise voltage applied to a winding. The test simulates a voltage and current surge through the transformer winding when a lightning induced voltage surge reaches the transformer.

Efficiency is the ratio of useful power output to the total power input.

Exciting current is current drawn by the transformer under no load conditions. It is usually expressed in percent of the rated current of the winding in which it is measured.

In AC circuits, currents & voltages follow a cyclic pattern. Frequency designates the number of such cycles repeated every second. The unit of measure is hertz.

This dielectric test verifies the integrity of insulation within a transformer winding and between phases.

These materials are used to electrically insulate the transformer. That includes windings - turn to turn and layer to layer, and other assemblies in the transformer such as the core and bus work.

The kVA or volt-ampere rating designates the output which a transformer can deliver for a specified time at rated secondary voltage and rated frequency, without exceeding the specified temperature rise. (1 kVA = 1000 VA)

Natural convection is the cooling class in which the transformer is cooled by the natural circulation of air.

When a transformer is energized under no-load, some power is drawn from the supply, predominately to feed transformer core losses, but to a smaller extent feed losses in the winding due to excitation current. These losses are termed “no-load losses”.

Power factor in a circuit is the relation of watts to volt amps.

This standard test on transformers determines the instantaneous direction of the voltages between the windings. It determines if the winding connections are correct.

This rating designates the input voltage for which the input winding is designed.

The primary winding is the winding on the energy input (supply) side.

This rating designates the no-load load-circuit voltage for which the secondary winding is designed.

The secondary winding is the winding on the energy output side.

A tap is a connection brought out of a winding at some point between its extremities, usually to permit changing the voltage ratio.

Temperature class is a rating system for maximum temperature for the insulation in a transformer, i.e. Insulation Rating Class 105 Class 150 or 130 Class 180 Class 200 Class 220

A transformer is an electrical device without moving parts which, by electromagnetic induction, transforms power between circuits at the same frequency, usually with changed values of voltage and current.