Inductance occurs when a change in current flow is exploited

Inductance occurs when a change in current flow is exploited for the purpose of preventing signals with a higher frequency component from passing while allowing signals of lower frequency components to pass. This is why inductors are sometimes referred to as "chokes," since they effectively choke off higher frequencies. A common application of a choke is in a radio amplifier biasing circuit where the collector of a transistor needs to be supplied with a DC voltage without allowing the RF (radio frequency) signal from conducting back into the DC supply.

Imagine a wire 1,000,000 miles (about 1,600,000 kilometers) long. Imagine that we make this wire into a huge loop, and then we connect its ends to the terminals of a battery as shown in Figure 1. driving current through the wire.

If we used a short wire for this experiment, the current would begin to flow immediately, amil it would attain a level limited only by the resistance in the wire and the resistance in the battery. But because we have an extremely long wire, the electrons require some time to work their way from dr negative battery terminal, around the loop, and back to the positive terminal. Therefore, it will take so time for the current to build up to its maximum level.

The magnetic field produced by the loop will start out small, during the first few momei when current flows in only part of the loop. The field will build up as the electrons get around th loop. Once the electrons reach the positive battery terminal so that a steady current flows around the entire loop, the magnetic field quantity will attain its maximum and level off, as shown in Figure 2. At that time, we'll have a certain amount of energy stored in the magnetic field. The amount of stored energy will depend on the inductance of the loop, which depends on its overall size. We symbolize inductance, as a property or as a mathematical variable, by writing an italicized, uppercase letter L. Our loop constitutes an inductor. To abbreviate "inductor," we write an upper-case, non-italicized letter L. 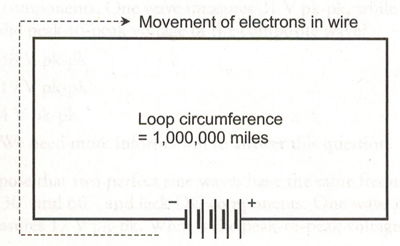 Fig. 1. We can use a huge, imaginary loop of wire to illustrate the principle of inductance

Obviously, we can't make a wire loop measuring anywhere near 1,000,000 miles in circumference. But we can wind fairly long lengths of wire into compact coils. When we do that, the magnetic flux for a given length of wire increases compared with the flux produced by a single-turn loop, increasing the inductance. If we place a ferromagnetic rod called a core inside a coil of wire, we can increase the flux density and raise the inductance even more.

We can attain values of L many times greater with a ferromagnetic core than we can get with a similar-sized coil having an air core, a solid plastic core, or a solid dry wooden core. (Plastic and dry wood have permeability values that differ little from air or a vacuum; engineers occasionally use these materials as coil cores or "forms" in order to add structural rigidity to the windings without significantly changing the inductance.) The current that an inductor can handle depends on the diameter of the wire. But the value of L also depends on the number of turns in the coil, the diameter of the coil, and the overall shape of the coil.

Under normal circumstances, the inductance of a coil (or any other type of device designed to function as an inductor) remains constant regardless of the strength of the signal we apply. In this context, "abnormal circumstances" refer to an applied signal so strong that the inductor wire melts, or the core material heats up excessively. Good engineering sense demands that such conditions should never arise in a well-designed electrical or electronic system. 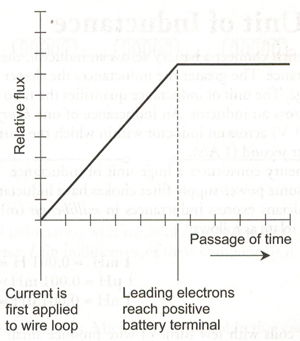 Fig. 2. Relative magnetic flux in and around a huge loop of wire connected to a current source, as a function of time.