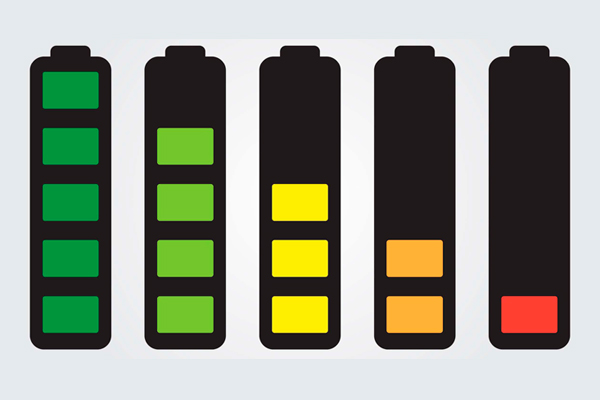 Upgrading and deferring existing wires and substations may be the most common application of battery storage utilized for transmission and distribution. However, batteries also provide a range of solutions designed to maximize the lifetime of T&D infrastructure. Also referred to as T&D asset optimization, these energy storage systems (ESSs) are designed to enhance the efficiency and effectiveness of existing T&D assets to provide electricity in a given service territory. Ensuring that these systems are reliable is critical to the effective operation of electricity throughout a given service territory.
Navigant Research anticipates that a cumulative 35.5 GW of new energy storage will be built for critical infrastructure through 2027. Approximately 25% of this storage capacity is expected to directly address T&D issues. Mission critical installations require systems that deliver continuous electrical service with high power quality to the grid. Such installations also require facilities like large data centers, telecom operations, financial services centers, hospitals and complex manufacturing operations. This market segment is growing and can be addressed by a variety of system design topologies that can deliver high-fidelity electricity.
There exist a variety of specific drivers that have led utilities around the world to deploy ESSs to improve operations in T&D infrastructure. Local grid conditions and utility preference have a significant impact on the likelihood that storage systems will be developed to defer T&D upgrades. Specifically, there are three key issues that ESS help mitigate in this market.

Reliability
The primary driver for utilities pursuing reliability improvements—with or without energy storage—is the need to enhance the reliability of energy supply for their customers. ESSs enable this by either avoiding local outages that may originate on the feeder where an ESS is deployed or islanding the feeder and maintaining power supply for customers. Improving reliability is a concern for commercial and industrial (C&I) customers, who often place a premium on reliability as they risk significant financial losses from an outage. To understand the impact of grid outages for customers, analysts and utilities calculate the value of lost load (VOLL), which represents the cost of going without power for a certain period. For a homeowner this cost is minimal, more of an inconvenience than a major economic impact. However, for C&I buildings, the VOLL in the United States is estimated to average around US$20,000/MWh, according to a 2014 study from The Brattle Group. With the increasing cost-effectiveness of distributed energy resources and independent energy procurements allowing large companies to defect from their local utilities, maintaining reliable service is a critical concern for grid operators.

Congestion and Curtailment
Transmission line congestion is a frequent issue faced by grid operators around the world. Transmission congestion issues can occur in both urban and rural areas and may be driven by either renewable or conventional energy generation. Congestion is caused when increased demand for electricity during peak periods outpaces the available transmission capacity. This issue is frequently the result of generation facilities being located far from load centers, with limited bandwidth to transfer energy from generation to load centers. During peak demand periods (that is, when wires heat up), congestion on transmission lines can result in insufficient energy to serve load, instability on the transmission network and increased costs for load-serving utilities. Although congestion issues on the transmission network receive the most attention, congestion can also occur on the electricity distribution system when existing infrastructure is unable to serve peak demand in each area. This situation is often exacerbated by high penetrations of variable distributed generation, such as solar PV, wherein fluctuating output leads to rapid changes in demand for electricity at the grid edge.

Load Growth
Overall load growth rates have decreased or remained flat in the US and other developed economies in recent years; however, the dynamics of peak demand periods on the grid continue to evolve. Some utilities are experiencing decreasing overall load growth rates yet have increasing growth in their peak demand. Furthermore, the duration of peak demand is growing in many areas, moving from the traditional two to four-hour peak period to well over four or even eight hours in some locations. This trend is being exacerbated by the rising penetration of solar generation, particularly in hot climates. According to utility Arizona Public Service, hot summer temperatures above 100°F combined with decreasing solar generation in the evening result in six to seven-hour peaks across their system to cover air conditioning usage.

What Types of Technologies Fit?
There are key advanced battery technologies that have the optimal characteristics to serve critical loads in high fidelity settings. These technologies are judged by metrics including the following:

Li-ion
Lithium ion (Li-ion) batteries have good energy and power densities, round-trip efficiency and life cycle expectations, making them particularly well-suited for power-intensive critical infrastructure applications. Li-ion batteries have emerged as the leading technology for both utility-scale and C&I energy storage applications because of their flexibility and availability through mass production, pushing them further down the experience curve than other advanced batteries. Several leading vendors—including LG Chem, Samsung SDI, Panasonic and BYD—have rapidly expanded manufacturing capabilities in recent years, contributing to the falling costs of  the technology.

Flow
Flow batteries are advantageous because they can store chemical energy for long periods of time by simply adding more tanks of liquid electrolyte. This makes them favorable for low cost, long-duration applications that require shifting of multiple hours’ worth of energy from one time of day to another. They are generally safer than Li-ion batteries as thermal management is not required. They also have little to no depletion of active materials over time, giving them greater life cycle expectancies than other battery types. This benefit is magnified by the fact that many flow batteries use inexpensive materials, vanadium being the primary exception.

Hybrid Battery/Fossil Generator
Hybrid battery-fossil fuel technology can be especially flexible as a grid or building asset and is increasingly being recognized as a tool to improve the efficiency, flexibility, and resiliency of existing fossil fueled power systems. In the same way a hybrid car uses battery storage to improve efficiency and reduce fuel consumption, an ESS integrated with conventional power can result in significant fuel savings while improving the system’s overall resiliency. Additionally, critical facilities with the need for long-duration guaranteed power (for example, 12-, 24-, or 72-hour needs) often are required by legislature to have diesel generators onsite.

What Should Stakeholders Do to Prepare?
Utilities should work with vendors and project developers to offer solutions tailored to their customers’ specific needs. The most viable early projects may be smaller in capacity and specifically target a T&D issue a utility is experiencing. Smaller problems are more likely to be accepted by utilities and regulators due to the lower risk involved. Additionally, vendors should focus on providing standardized, modular systems that can be scaled to meet the required capacity for projects now and in the future. By starting small with modular systems, additional capacity can always be added as needed. Once utilities and regulators become comfortable with ESSs for T&D deferral, small modular systems will be easier to replicate in new locations and with new customers.
Storage providers need to determine how to structure their business models to take advantage of additional revenue streams while ensuring the reliability of core T&D optimization benefits. This challenge will require input and collaboration between project developers and integrators, software providers, utilities and market regulators to determine the best-fitting solutions. Storage industry stakeholders should be actively involved in ongoing regulatory processes to ensure that the full benefits of the technology are well understood.