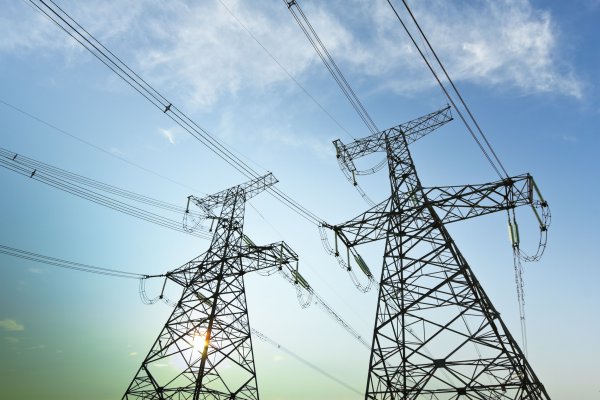 The Advantages of DC

The major advantage of DC power lines is their efficiency—less energy is lost as it is transmitted and there is no need for reactive compensation along the line. Because DC (Direct Current) flows steadily through the wires without changing direction many times each second and through the entire conductor rather than at the surface, DC (Direct Current) transmission lines typically lose less power than AC transmission lines.

Historically, the transfer of electricity between regions of the United States has been over high voltage alternating current (AC) transmission lines, which means that both the voltage and the current on these lines move in a wave-like pattern along the lines and are continually changing direction.  In North America, this change in direction occurs 60 times per second (defined as 60 hertz [Hz]).  The electric power transmitted over AC transmission lines is exactly the same as the power we use every day from AC outlets, but at a much higher voltage.

Unlike an AC transmission line, the voltage and current on a direct current (DC) transmission line are not time varying, meaning they do not change direction as energy is transmitted.  DC electricity is the constant, zero-frequency movement of electrons from an area of negative (-) charge to an area of positive (+) charge.

The first commercial electric power system built by Thomas Edison in the late nineteenth century carried DC electricity, but given some early advantages, AC power eventually became the primary power system in the United States.  Some of these advantages are no longer applicable (e.g., technology has advanced to allow efficient conversion from AC to DC), and DC transmission is the preferred solution for moving large amounts of renewable power over long distances.

Clean Line’s HVDC transmission lines projects will deliver power from new, renewable energy resources.  These resources will be AC generators, as is normally the case, and their energy will be transmitted along collector lines.  These collector lines will then be connected to a substation where the power will be collected and the voltage will be transformed from the voltage of the collector lines to a common voltage (such as 345,000 volts).  The power will then be converted to DC, a process known as rectification, using power electronic switches called thyristors.  The power will then be transmitted several hundred miles along a set of conductors called a transmission line before getting converted back to AC, a process known as inversion, again using thyristors as the switching devices.  After the DC power is converted back to AC it is transformed to the common voltage of the grid to which it is being connected (e.g. 500,000 volts or 765,000 volts, in the case of Clean Line’s projects).  This power is then distributed via the interconnected grid by the local utilities to homes and businesses.  See below for an illustration of this process.

The History of DC Transmission

The development of direct current (DC) transmission dates back to the 1930’s and has been a proven technology since the first major installations in 1954.  Over the last 40+ years, DC Projects have shown to offer significant electrical, economic, and environmental advantages when transporting power across long distances, where there has been a veritable boom in the use of DC to tap energy resources in remote portions of the country and bring the energy to consumers in more heavily populated areas.  Among those direct current lines is the Pacific DC Intertie, which has been in operation for over 30 years.  Operating at ±500 kilovolts, the line is capable of transmitting up to 3,100 MW of power.  In terms of operating voltage and capacity, the Pacific Intertie is similar to the Clean Line transmission line projects, which will operate at ±600 kilovolts and deliver up to 3,500 MW of power.

Currently there are more than 20 DC transmission facilities in the United States and more than 35 across the North American grid.