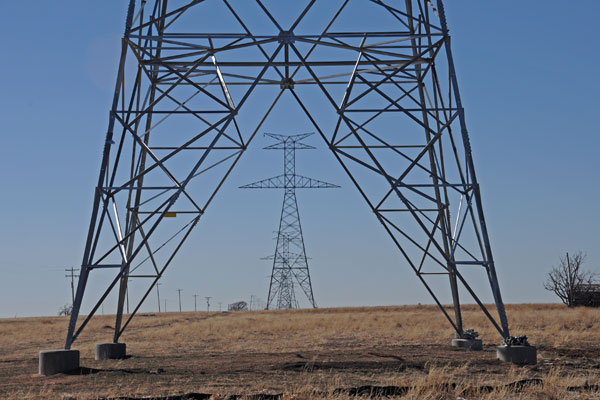 Utilities Have Found Ways To Save Time & Money

Policy debates on solar incentive and valuation make headlines across the nation, but less attention is paid to the nuts and bolts of solar installation: the interconnection process.

But the struggle there is very real. Take Hawaii, where the high queue of solar applications and slow interconnection process slowed down installations of distributed solar two years ago. Eventually the process was streamlined but it still wavers under the hefty weight of applications.

But performances by some of the busiest utilities in sunny states demonstrate that they have necessary skills to finish interconnections quickly. The new challenge lies in how to transfer those capabilities to utilities slow to catch on.

The average time it takes from when the rooftop solar installation is finished to when the utilities gives it permission to operate increased from 28 days in 2014 to 45 days last year, according to data from a recent EQ Research survey.

“It was one of the most surprising findings from the survey,” said Chelsea Barnes, EQ’s policy research manager and lead author of Comparing Utility Interconnection Timelines for Small-Scale Solar PV.

There are three overarching reasons why interconnection processes are slowing down, Barnes said.

“Many utilities are not prepared to handle the increasing volume of applications.”

Utilities interviewed by Utility Dive said there were some discrepancies in the numbers from EQ Research, which took their data set mostly from installers. But the conclusion was the same: slow interconnection queues didn’t help the growth of solar, leading those utilities to find ways to streamline the process.

And Pepco won the Smart Electric Power Alliance 2016 IOU of the Year Award for its online application for residential and small business customers to help trim the interconnection process, a complaint the utility faced during proceedings over its proposed merger with Exelon.

Moving to an online application process trimmed the processing time by 10 days, according to William Ellis, Pepco’s manager for demand side management and green power connections.

The paper outlined a series of recommendations for all stakeholders to streamline the process, but it only works if all participants are at the table.

EQ Research numbers depended on PV installers in 62 service areas spread out in 20 states and the District of Columbia. The group targeted areas with high residential solar penetration. But the numbers are incomplete, noted the group in an email to Utility Dive.

“The report is based on installer survey responses only.  We did send a survey to each utility asking for the same data, but only a couple responded, so we relied only on the installer data,” Barnes wrote in an email to Utility Dive. “Most utilities do not have to report interconnection timelines so we could not rely on public reports, either.”

Part of the discrepancy is likely due to EQ's limited samples and in part could be due to differing definitions of the interconnection intervals.

For some utility officials, the numbers didn’t match the data they supplied the group.

“The numbers EQ Research attributes to TEP seem a bit high and do not match the data that we supplied them in response to their survey,” TEP Renewables Program Manager Justin Orkney told Utility Dive.

The time between submitting the application and getting the green light to operate is also shorter than what the EQ survey showed, Orkney said.

Orkney said residential approvals took between 2 days and 3 days in 2014 and 2015 and most are being handled this year on the same day they are submitted.

But that is not the whole story, he added. “For 2016, TEP is averaging 16 calendar days between when the installer tells us the project has been inspected and when the status in PowerClerk (an online portal) is updated.”

The bulk of the difference between “same day” and the “16 calendar days” reports is that permission to operate work is not officially initiated until the Authority Having Jurisdiction (AHJ) issues its permit.

Despite the discrepancies between EQ’s data set and the few utilities surveyed by Utility Dive, the conclusions drawn from the research paper do highlight potential best practices for utilities to speed up the process.

Costs and Causes of Delays

The most important conclusion pulled from the paper is how interconnection delays play a role for utilities, customers and installers.

“It is underappreciated how much these delays have slowed solar growth, caused frustration for customers and installers, and burdened the utility industry,” Barnes said.

Both SDG&E’s Albrecht and TEP’s Orkney said the costs and burden to manually process the applications were hefty until their systems were automated. But the utilities didn’t disclose those amounts.

There is also significant cost to the customer, the paper noted.

“A hypothetical customer in Connecticut who installs a 7 kW system would be deprived of more than $150 in electricity generation for every month that interconnection is delayed,” the paper reports. “Multiplied over many individual systems, the cumulative costs are considerable.”

A National Renewable Energy Lab sturdy said interconnection delays are among many soft costs that make up 64% of the price of a residential solar array. The higher the costs, the bigger the price tag for the customer. Those costs also impact installers, with delays affecting final payments, slowing down their cash flow. It can also have a ripple effect, impacting word-of-mouth advertising for both installers and utilities, according to the paper.

Despite that, many utilities still depend on manual processes, such as mail-in applications, which could delay applications up to 100 days or more.

“The lack of online systems and automation is the main source of interconnection delays that may be as high as 100 days or more, the paper reports. “The challenge in this area may be convincing decision-makers that the long-term benefits outweigh the short-term costs.”

But an efficient system to process interconnection applications is the obvious solution for tackling delays, the researchers found, leading to cost savings down the road.

“Improvements to the interconnection process typically yield cost savings for the utility,” utility staff interviewed by EQ Research added. “The more user-friendly and automated the interconnection application system is, the less staff time is needed.”

EQ Research pushed for a more transparent, integrated process that would allow applicants to track the progress of that application.

Some utilities have streamlined their process and said they have already seen fewer delays and reduced time intervals between submitting and operating. For instance, SDG&E launched its system in 2013 and allows installers to obtain their permission to operate within 24 hours.

Concerns over reliability are another big issue causing some interconnection delays. In solar-heavy states like Hawaii, some distribution system circuits and feeders are near their interconnection capacities, causing utilities and regulators to worry about grid congestion.

EQ’s paper acknowledges “fewer data points” on the use of grid reliability as a reason for delays. But, in some places, it has added to tensions between utilities and solar installers.

“Some PV installers believe that utilities are overly cautious in some cases, or that utilities invoke grid reliability concerns as an excuse to delay application processing,” the paper reports. “Utility staff sometimes believe that the PV industry seeks special treatment not granted to other industries.”

One way to mitigate the tension is through regulatory proceedings. Requiring utilities to provide installers with maps or information showing interconnection congestion would allow installers to work around congested system locations.

Some utilities have have already done so, offering “interactive, web-based maps that allow installers to easily identify geographic areas where new DG facilities could encounter problems receiving approval for interconnection,” the paper reports.

“It is not yet common but utilities are starting to do it,” Barnes said.

When installers have that information, they can warn customers in congested areas that approvals will take longer and would likely cost more, she added. “They also can market to customers in less congested locations on the distribution system.”

Some utilities, including PG&E, SDG&E, and National Grid, have integrated automated checks for reliability and safety issues into their application processing, the paper reports. “Checking for concerns early in the application process can save utilities and installers time and money by avoiding the cost of engineer labor to review potential concerns.”

Some states have implemented reporting deadlines, but those so far are less than adequate to speed up interconnections, Barnes said. Those rules lack enforcement requirements or contain other shortcomings, leaving applications stuck in the process.

“Regulators and utilities need to be forward-thinking and to prepare for the renewable energy that state policies will bring onto the grid,” Barnes said,

The paper recommended simplified and accessible online systems with standardized forms as one way to streamline the process. Other methods include collaborating with stakeholders, expediting permitting, and combining the permitting and interconnection process. Keeping consistent rules and regulations as well as firm deadlines is another recommendation.

Policymakers should keep rules and regulations consistent over the long term. Deadlines should be clear and firm. Regulators should require utilities to be transparent throughout processing, make grid capacity maps or data available to installers, and provide timeline performance reports.

Utilities, regulators, and AHJs should also collaborate to improve the standardization, according to the paper. And if policymakers fail to act, utilities can voluntarily automate grid reliability and penetration data and make grid capacity maps or grid capacity data available to installers. Utilities should also facilitate advanced meter installation. Meanwhile, part of the burden lies with installers to track utility performance and make the source of their findings publicly available.

“Regulators, utilities, AHJs, installers, and customers can all benefit from the experiences and lessons learned in other jurisdictions and from communication among stakeholders, ”the paper concluded.

“Each of these industry participants can encourage and facilitate workshops, webinars, trainings, and other education and outreach activities to enable such learning experiences.”