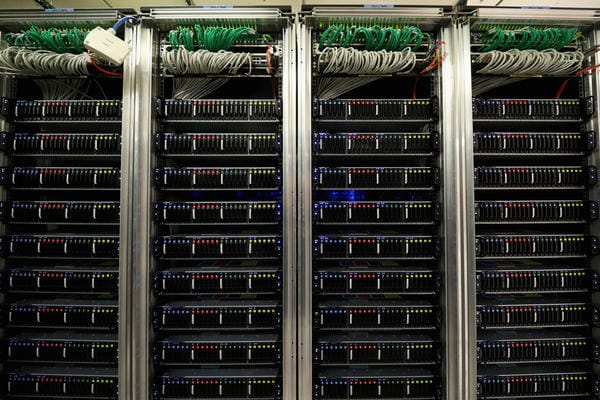 What are the hidden carbon costs of the internet?

Instead of stashing information locally on our own personal devices, the cloud allows users to free up storage space by sending photos and files to data centers via the internet.

The cloud can also use large data sets to solve problems and host innovative technologies that make cities and homes smarter, but storing information at data centers uses energy — a lot of it.

"Ironically, the phrase 'moving everything to the cloud' is a problem for our actual climate right now," Johnson says.

A new study from Greenpeace and North China Electric Power University reports that in five years, China's data centers alone will consume as much power as the total amount used in Australia in 2018. The industry's electricity consumption is set to increase by 66% over that time.

The amount of electricity required to run a data center is a global problem, but in China, 73% of these data centers run on coal.

The Chinese government started a pilot program for green data centers in 2015, which Johnson says signals the country is thinking about the environmental consequences of the cloud.

"Beijing’s environmental awareness in the last decade has really come from a visible impact of its reliance on fossil fuels," he says. "The smog of Chinese cities is now legendary and super dangerous."

The country's solar power innovations have allowed the country to surpass the U.S. in cleantech, he says.

"While I don’t know how committed the government is necessarily to making data centers run on clean technology," Johnson says. "I do think it is possible that a larger evolution of the government’s feelings on environmental responsibility might impact this newer tech sector."

In the U.S., there has been a big push to make data centers more sustainable.

Apple now says all of its data centers use clean energy. Microsoft is aiming for 70% renewable energy by 2023.

Amazon is behind the curve, for once, with about 50%, Johnson says. Around 1,000 employees are planning to walk out on Sept. 20 in protest of the company’s failure to address environmental issues.

"Environmental responsibility fits the brand identities these companies want to project," he says. "And as large tech companies become more competitive with each other, as Apple becomes more of a service company and Google becomes a device company, they want to convince users more and more to think of them as somehow different even if they aren’t."

Computer systems heat up and need to be cooled down by air conditioning units, so putting a data center in a warm climate will require greater cooling efforts and use more energy.

In China, 40% of the electricity used at data centers goes toward cooling equipment, according to the study.

The more data centers consolidate, Johnson says they can rely on fewer servers and focus on larger cooling efforts.

But storing data in the cloud isn't the only way tech users are unknowingly using large amounts of energy: One Google search requires an amount of electricity equivalent to powering a 60-watt light bulb for 17 seconds, magazine Yale Environment 360 reports.

"In some ways, we’re making strides even as we are creating a bigger problem," he says. "Which is like, humanity’s MO, I guess."