Kenya Power on the spot over inflated electricity bills 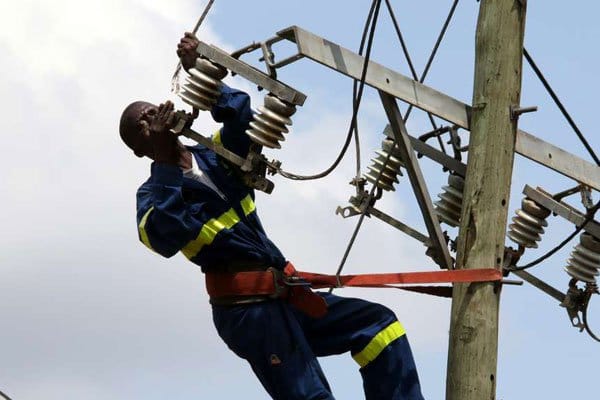 KENYA - Kenya Power is again on the spotlight following claims of inflated power bills and a glitch in its electronic payment system that made it impossible to top up tokens on prepaid meters.

Thousands of customers started experiencing the hitch in tokens generation on Friday evening, with the problem extending through the weekend.

Small businesses such as barber shops that top up multiple times a week were hardest hit.

“My business usually thrives during weekends but I was forced to close early in the evening due to lack of power although I had paid for the tokens that were never generated,” said Mr John Kamau, a fast food restaurant owner in Nairobi.

Kenya Power processes up to 200,000 electronic transactions per day for power users, with 85 per cent done through its Safaricom M-Pesa paybill number 888880.

The remaining share is handled by its authorised third party vendors such as Vendit (paybill number 501200) and Dynamo (800904), which charge a premium for the transaction.

The sole electricity distributor admitted its system encountered challenges that crippled token generation across all vendors, advising customers on prepaid meters to buy the units from Kenya Power banking halls across the country until normalcy returned.

“The IT team is trying to figure out where the problem was before we issue a comprehensive statement on the issue,” the firm responded to Nation queries, adding that the issue had been resolved by yesterday afternoon.

Customers who use Vendit confirmed to Nation they had successfully bought tokens yesterday afternoon.

However, there have been complaints that third party vendors process tokens almost in real time, unlike Kenya Power which, despite indicating a 30 minute delay in its service promise, sometimes takes up to six hours.

But other users complained of inflated power bills after being slapped with abnormally high charges.

She indulged the company and ended up paying just over Sh1,000.

There have also been complaints of tokens getting depleted too fast. For instance, one customer who normally uses Sh4,000 per month complained of her credit running out in a week.

Kenya Power maintains it cannot read all post-paid meters across the country, compelling it to make estimates for a number of customers.

The company argues it is not cost-effective to have meter readers go to all homes. The firm recently indicated plans to put all domestic consumers on prepaid meters to reduce non-payment of electricity bills and cut operation costs on meter reading and postage.

The Nairobi Securities Exchange-listed firm has also adopted a new integrated customer management system to enable consumers to self-check their power consumption and payment obligations through a phone app.

In the past, concerns have been rife that customers often encounter delays when buying tokens through paybill number 888880, unlike through other vendors.

This has raised questions on the ownership of the vendors and the cash commissions they are entitled to.

Kenya Power has, however, denied any foul play, saying the authorisation of other vendors was to ease pressure on its payment channel, which handles 85 per cent of the nearly 200,000 transactions per day.

“In fact we have 11 vendors, including Equitel, it’s just that people are only aware of Vendit and Dynamo because they have been aggressive in their marketing,” the company said.

Kenya Power has been battling court cases over inflated power bills after it emerged that the utility firm was backdating bills worth Sh10.1 billion from last November.