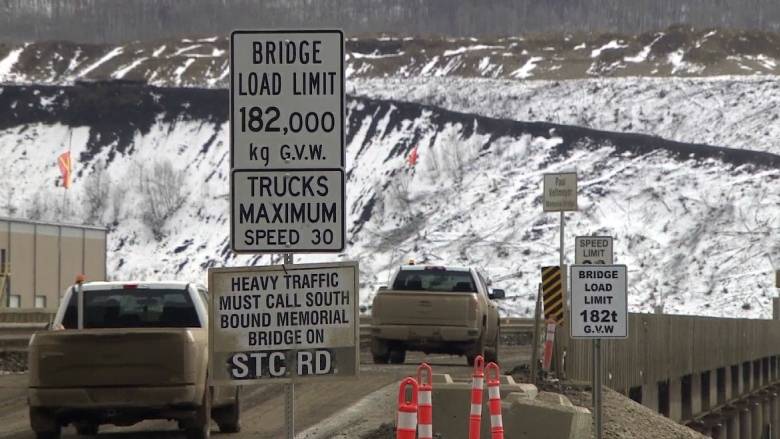 The West Moberly First Nation has asked for an injunction to halt construction of the Site C dam.

The federal government is not going to argue against halting construction of the controversial Site C hydroelectric dam in British Columbia while a B.C. court decides if the project violates constitutionally protected treaty rights.

Work on Site C suspended prior to First Nations lawsuit

However a spokeswoman for Environment Minister Catherine McKenna said Monday the government will continue to defend the federal approval given for the project in December 2014, even though that approval was given using an environmental review process McKenna herself has said is fundamentally flawed.

The Site C project is an 1,100-megawatt dam and generating station on the Peace River in northern B.C. that will flood parts of the traditional territory of the West Moberly and Prophet River First Nations.

In January, they filed a civil court case against the provincial government, B.C. Hydro and the federal government asking a judge to decide if their rights were being violated by the dam. A few weeks later, West Moberly asked the court for an injunction to halt construction pending the outcome of the rights case.

On May 11, lawyers for Attorney General Jody Wilson-Raybould filed a notice that Canada would remain neutral on the question of the injunction, meaning Canada won't argue against the idea of postponing construction for months, if not years, while the rights case winds through the court.

Wilson-Raybould has been silent on Site C since being named Canada's minister of justice in 2015, but in 2012, when she was the B.C. regional chief for the Assembly of First Nations, she said the project was "running roughshod" over treaty rights. The Justice Department on Monday directed questions to Environment and Climate Change Canada.

McKenna's spokeswoman, Caroline Theriault, said the injunction request is just a procedural step regarding construction and that it is B.C. jurisdiction not federal.

However, she said Canada will defend the environmental assessment and Crown consultation processes and the federally issued permits required for construction.

McKenna has legislation before the House of Commons to overhaul the process for environmental assessment of major projects like hydro dams and pipelines, arguing the former government's procedures had skewed too far towards proponents. The overhaul includes requiring traditional Indigenous knowledge be taken into account.

However, Theriault said the commitment to overhaul the process also included a promise not to revisit projects that had already been approved, such as Site C.

"The federal environmental assessment process for the Site C project has already been upheld in other court actions," said Theriault.

'It feels kind of odd'

West Moberly Chief Roland Wilson said he was both excited and yet concerned by Canada's decision last week not to oppose the injunction.

"It feels kind of odd and makes me wonder what they're up to," Wilson said.

However he said all he has ever wanted was for the project to be stopped until the question of rights can be answered. Wilson said two previous dams on the Peace River already flooded 80 per cent of the functional land within West Moberly's territory and that Site C will flood half of what's left. That land is used for fishing and hunting and there is also concern the dam will allow mercury to leak into Moberly Lake, he said.

Construction began in 2015 and more than $2.4 billion has already been spent on a project that will at the earliest, not be completed until 2024 and will cost an estimated $10 billion total.

The province continues to argue against the injunction and will also fight the rights case. Premier John Horgan campaigned on a promise to review the Site C approval. A B.C. Utilities Commission report in November found there are alternatives to building it and that it will go over budget. Nevertheless Horgan in December said he had to let construction continue because cancelling the project would be too costly both for the province and its electricity consumers.