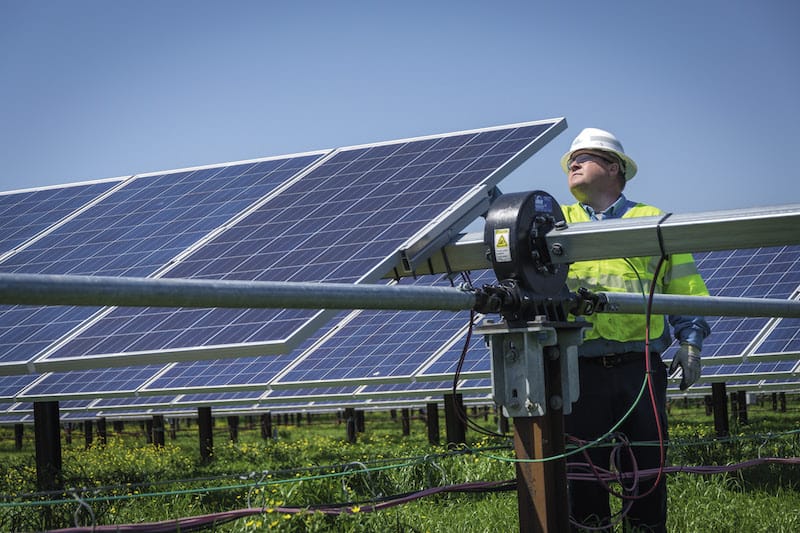 WASHINGTON - Last week the independent administrator for Duke’s 680 MW solar solicitation revealed data about the projects which have bid in response to the offer, showing a massive amount of interest in the opportunity.

Overall, 18 individuals submitted bids for projects in Duke Energy Carolinas (DEC) territory and 10 in Duke Energy Progress (DEP), with a total of more than 3.9 GW of proposals – more nearly 6x the available volume. DEP was relatively more over-subscribed, with 1.2 GWac of projects vying for only 80 MW of available capacity.

This is despite a requirement that such projects come in below the estimate of Duke’s avoided cost for the next 20 years. Individual projects varied in capacity from 7-80 MWac, with most coming within the upper portion of that range.

These bids will be evaluated in the spring of 2019, and Duke Energy Communications Manager Randy Wheeless says he expects the plants to come online in a year or two.

Despite recent trends, of the 78 bids that came in only four included integrated battery storage. Tyler Norris, Cypress Creek Renewables’ market lead for North Carolina, says that this reflects that the methodology used is not properly valuing storage.

“The lack of storage in these bids is a missed opportunity for the state, and it reflects a poorly designed avoided cost rate structure that improperly values storage resources, commercially unreasonable PPA provisions, and unfavorable interconnection treatment toward independent storage,” Norris told pv magazine.

“We’re hopeful that these issues will be addressed in the second RFP tranche and in the current regulatory proceedings on avoided cost and state interconnection standards.”

Another curious feature of the bids is that nearly the same volume of solar has been proposed for South Carolina as North Carolina – despite this solicitation being in response to a North Carolina law.