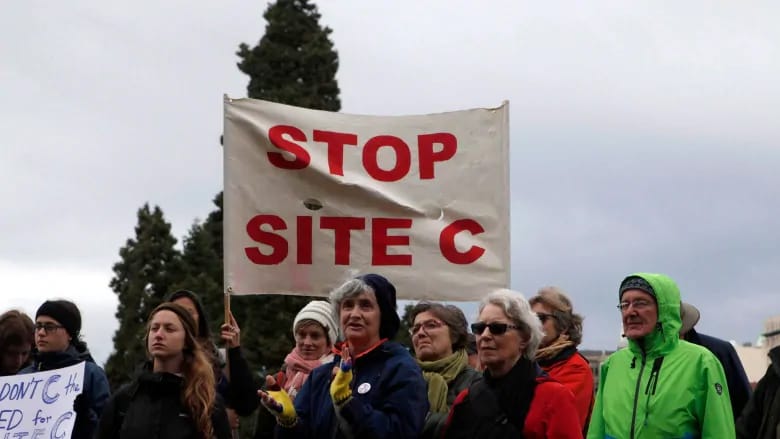 VANCOUVER - The Site C dam could still be stopped by an "eleventh hour" court ruling, according to the lawyer representing B.C. First Nations opposed to the massive hydroelectric project near Fort St. John.

The B.C. government, BC Hydro and West Moberly and Prophet River First Nations were in B.C. Supreme Court Feb. 28 to set a 120-day trial, expected to begin in March 2022.

That date means a ruling would come prior to the scheduled flooding of the dam's reservoir area in 2023 said Tim Thielmann, legal counsel for the West Moberly First Nation.

"The court has left itself the opportunity for an eleventh hour cancellation of the project," he said.

At the core of the case is First Nations arguments the multi-billion dollar BC Hydro dam will cause irreparable harm to its territory and way of life — rights protected under Treaty 8.

​In 2018, the First Nations lost a bid for an injunction order, meaning construction of the dam is continuing.

The judge in the case said the ruling was made because if the First Nations lost the challenge, the project would be needlessly put into disarray.

Also this week the B.C. government announced it has entered into talks with BC Hydro and the two First Nations in an attempt to avoid the court process altogether.

Thielmann said the details of the talk are confidential, but his clients are willing to pursue all avenues in order to stop the dam from moving forward.

"They are trying to save what little is left [of the Peace River Valley]", he said.

In the meantime, the parties will continue to prepare for the 2022 court dates.

The latest figure on the cost of the dam is $10.7 billion. When complete, it would power the equivalent of 450,000 homes a year.