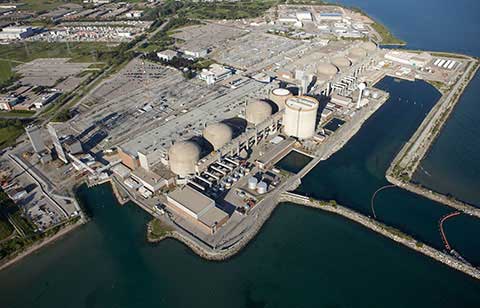 TORONTO - In a fit of ideological pique, Doug Ford’s government spent more than $200 million to scrap more than 700 green energy projects soon after winning the 2018 election, portraying them as “unnecessary and expensive energy schemes.”

Well, life moves fast. At the time, scrapping the renewable energy projects was criticized as short-sighted and wasteful. It seems especially so now as Ontario confronts the reality of being short of electricity in the coming years.

How short? A recent report by RBC calls the situation “urgent,” saying that Canada’s most populous province could face energy shortages as early as 2026. As contracts for non-hydro renewables and gas plants expire, the shortages could be “significant” by 2030, the bank report said.

The Independent Electricity System Operator (IESO), which manages the electrical supply in Ontario, says demand for electricity could rise at rates not seen in many years. “Economic growth coming out of the pandemic, along with electrification in many sectors, is driving energy use up,” the agency said in a December assessment.

The good news is that demand is being driven, in part, by the transition to “green” power – carbon-emission-free electricity – by sectors such as transportation and manufacturing. That will help reduce emissions. Yet meeting that demand presents some challenges. The shift to electric vehicles alone is expected to cause a spike in demand starting in 2030. By 2035, the province could need an additional 5,000 to 15,000 megawatts of electricity, the IESO estimates.

It was perhaps no surprise then to see the province announce last week that it wants to delay the long-planned closing of the Pickering nuclear plant by a year to 2026. Operations beyond that would require refurbishing the facility. The province said it’s taking a fresh look at whether that would make sense to extend its life by another 30 years.

In the interim, the province will be forced to dramatically ramp up its reliance on natural gas plants for electricity generation – and in the process, increase greenhouse gas emissions from the energy grid by 400 per cent. Broader electrification is expected to produce “significant” GHG emissions reductions in Ontario over the next two decades, according to the IESO. Still, it’s working at cross-purposes if your electric car is charged by electricity generated by fossil fuels.