Is residential solar worth it? 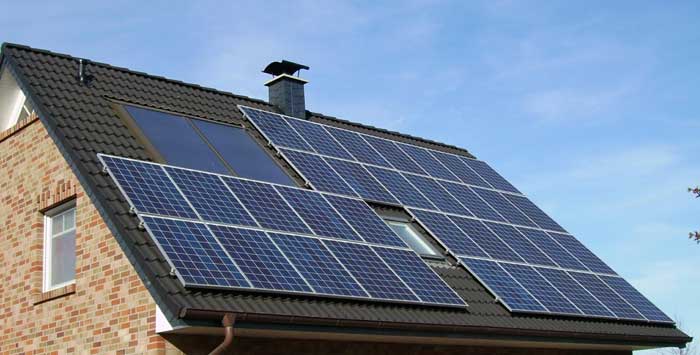 LOS ANGELES - When shopping for a home solar system, sometimes the quoted price can leave you wondering why someone would move forward with something that seems so expensive.

The cost of doing nothing

End-use residential electric customers pay an average of $0.138/kWh in the United States, according to the Energy Information Administration (EIA). In California, that rate is $0.256/kWh, it averages $0.246/kWh across New England, $0.126/kWh in the South Atlantic region, and $0.124/kWh in the Mountain West region.

EIA reports that the average home uses 893 kWh per month, so based on the average retail rate of $0.138/kWh, that’s an electric bill of about $123 monthly, or $229 monthly in California.

Over the last 20 years, EIA data show that retail electricity prices have increased 59% across the United States, or 2.95% each year. That means in 20 years, the average monthly bill across the US would increase to $213 a month, and in California monthly bills would be $398 on average.

This means based on historical rates, the average US homeowner can expect to pay $39,460 over the next 20 years on electricity bills. On average, Californians could pay $73,465 over 20 years.

Recent global events show just how unstable prices can be for commodities, and energy is no exception here. What will your utility bill cost in 20 years?

These estimated bills also assume that energy use in the home is constant over 20 years, but as the United States electrifies its homes, adds more devices, and adopts electric vehicles, it is fair to expect that many homeowners will use more electricity going forward.

Another factor that may exacerbate rate raising is the upgrade of the national transmission grid. The infrastructure that delivers power to our homes is aging and in need of critical upgrades, and it is estimated that a staggering $500 billion will be spent on transmission buildout by 2035. This half-trillion-dollar cost gets passed down to homeowners in the form of raised utility bill rates.

The benefit of backup power may increase as time goes on as well. Power outages are on the rise across the United States, and analysis of EIA data by the Associated Press shows that outages related to severe weather events have doubled in the last 20 years. Climate change-fueled storms are expected to continue to rise, so the role of battery backup in providing reliable energy may increase significantly.

The truth is, we don’t know how much power will cost in 20 years. Though it has increased 59% across the nation in the last 20 years, there is no way to be certain what it will cost going forward. That is where solar has a benefit over the status quo. By purchasing solar, you are securing price certainty going forward, making it easier to budget and plan for the future.

So how do these costs compare to going solar?

As a general trend, prices for solar have fallen. In 2010, it cost about $40,000 to install a residential solar system, and since then, prices have fallen by as much as 70%, and about 37% in the last five years. However, prices have increased slightly in 2022 due to shipping costs, materials costs, and possible tariffs being placed on imported solar goods, and these pressures aren’t expected to be alleviated in the near-term.

When comparing quotes, the best metric for an apples-to-apples comparison is the cost per watt. Price benchmarking by the National Renewable Energy Laboratory shows the average cost per watt for the nation was $2.65/W DC in 2021, and the average system size was 7.15 kW. So, an average system would cost about $18,950. With 12.5 kWh of battery energy storage, the average cost was $4.26/W, representing an average price tag of $30,460 with batteries included.

The prices above do not include any incentives. Currently, the federal government applies a 26% investment tax credit to the system, bringing down system costs for those who qualify to $14,023 without batteries, and $22,540 with batteries. Compared to the potential $39,460 in utility bills, buying a solar system outright in cash appears to show a clear financial benefit.

Many homeowners will need financing to buy a solar system. Shorter terms can achieve rates as low as 2.99% or less, but financing for a 20-year solar loan typically lands between 5% to 8% or more. Based on 20-year, 7% annual percentage rate terms, a $14,000 system would total about $26,000 in loan payments over 20 years, and the system with batteries included would total about $42,000 in loan payments.

Often when you adopt solar, the utility will still charge you a grid access fee even if your system produces 100% of your needs. These vary from utility to utility but are often around $10 a month. Over 20 years, that equates to about $2,400 that you’ll still need to pay to the utility, plus any costs for energy you use beyond what your system provides.

Based on these average figures, a homeowner could expect to see as much as $12,000 in savings with a 20-year financed system. Homeowners in regions whose retail energy price exceeds the national average could see savings in multiples of that figure.

Though in this example batteries appear to be marginally more expensive than the status quo over a 20-year term, they improve the home by adding the crucial service of backup power, and increasingly are being approved to participate in grid services, potentially unlocking additional revenue streams for homeowners.

Another thing to note is most solar systems are warranted for 25 years rather than the 20 used in the status quo example. A panel can last a good 35 years, and though it will begin to produce less in old age, any power produced by a panel you own is money back in your pocket.

Many states have additional incentives to boost the value of solar, too. Checking the Database of State Incentives for Renewables (DSIRE) will show the incentives available in your state, and a solar representative should be able to walk you through these benefits when you receive a quote. State incentives change frequently and vary widely, and in some cases are quite rich, offering thousands of dollars in additional benefits.

Another factor to consider is home value. A study by Zillow found that solar arrays increase a home value by 4.1% on average. For a $375,000 home, that’s an increase of $15,375 in value. In most states home solar is exempt from property taxes, making it a great way to boost value without paying taxes for it.

We’ve shared a lot of data on national averages and the potential cost of power going forward, but is solar for you? In the past, early adopters have been rewarded for going solar, and celebrate when they see $0 electric bills paid to the utility company.

Each home is different, each utility is different, and each homeowner has different needs, so evaluating whether solar is right for your home will take a little time and analysis. Representatives from solar companies will walk you through this analysis, and it’s generally a good rule of thumb to get at least three quotes for comparison.

A great resource for starting your research is the Solar Calculator developed by informational site SolarReviews. The calculator offers a quote and savings estimate based on local rates and incentives available to your area. The website also features reviews of installers, equipment, and more.

Some people will save tens of thousands of dollars in the long run with solar, while others may witness more modest savings. Solar will also provide the home clean, local energy, making an impact both on mitigating climate change and in supporting local jobs.

One indisputable benefit of solar is that it will offer greater clarity into what your electricity bills will cost over the next couple of decades, rather than leaving you exposed to whatever rates the utility company decides to charge in the future.