Pickering nuclear station is closing as planned, despite calls for refurbishment 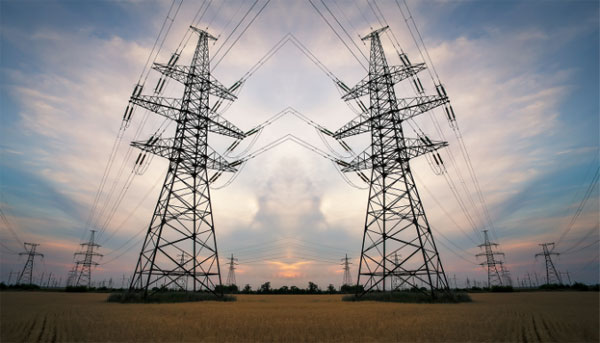 PICKERING, ON - - The Ontario government will not reconsider plans to close the Pickering nuclear station and instead stop-gap the consequent electricity shortfall with natural gas-generated power in a move that will hike the province’s greenhouse gas emissions substantially in the coming years.

In a report released this week, a nuclear advocacy group urged Ontario to refurbish the aging facility east of Toronto, which is set to be shuttered in phases in 2024 and 2025. The closure of Pickering, which provides 14 per cent of the province’s annual electricity supply, comes at the same time as Ontario’s other two nuclear stations are undergoing refurbishment and operating at reduced capacity.

“As previously announced in 2020, our government is supporting Ontario Power Generation’s plan to safely extend the life of the Pickering Nuclear Generating Station through the end of 2025,” said Lockridge in an emailed response to questions.

“Going forward, we are ensuring a reliable, affordable and clean electricity system for decades to come. That’s why we put a plan in place that ensures we are prepared for the emerging energy needs following the closure of Pickering, and as a result of our government’s success in growing and electrifying the province’s economy.”

The Progressive Conservative government under Premier Doug Ford has invested heavily in electrification, sinking billions into electric vehicle and battery manufacturing and industries like steel-making to retool plants to run on electricity rather than coal.

Natural gas now provides about seven per cent of the province’s energy, a piece of the pie that will rise significantly as nuclear energy dwindles. Emissions from Ontario’s electricity grid, which is currently one of the world’s cleanest with 94 per cent zero-emission power generation, are projected to rise a whopping 375 per cent as the province turns increasingly to natural gas generation. Those increases will effectively undo a third of the hard-won emissions reductions the province achieved by phasing out coal-fired power generation.

The Independent Electricity System Operator (IESO), which manages Ontario’s grid, studied whether the province could phase out natural gas generation by 2030 and concluded that “would result in blackouts and hinder electrification” and increase average residential electricity costs by $100 per month.

The Ontario Clean Air Alliance, however, obtained draft documents from the electricity operator that showed it had studied, but not released publicly, other scenarios that involved phasing out natural gas without energy shortfalls, price hikes or increases in emissions.

The Ontario government will not reconsider plans to close the Pickering nuclear station and instead stop-gap the consequent electricity shortfall with natural gas-generated power in a move that will hike the province’s greenhouse gas emissions.

One model suggested increasing carbon taxes and imports of clean energy from other provinces could keep blackouts, costs and emissions at bay, while another involved increasing energy efficiency, wind generation and storage.

“By banning gas-fired electricity exports to the U.S., importing all the Quebec water power we can with the existing transmission lines and investing in energy efficiency and wind and solar and storage — do all those things and you can phase out gas-fired power and lower our bills,” said Jack Gibbons, chair of the Ontario Clean Air Alliance.

The IESO has argued in response that the study of those scenarios was not complete and did not include many of the challenges associated with phasing out natural gas plants.

Ontario Energy Minister Todd Smith asked the IESO to develop “an achievable pathway to zero-emissions in the electricity sector and evaluate a moratorium on new-build natural gas generation stations,” said his spokesperson. That report is expected in November.