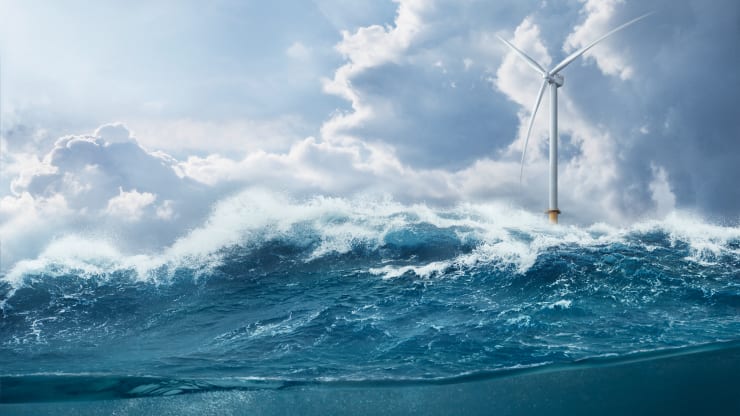 BERLIN - Siemens Gamesa Renewable Energy (SGRE) has released details of a 14-megawatt (MW) offshore wind turbine, in the latest example of how technology in the sector is increasing in scale.

With 108-meter-long blades and a rotor diameter of 222 meters, the dimensions of the SG 14-222 DD turbine are significant.

In a statement Tuesday, SGRE said that one turbine would be able to power roughly 18,000 average European households annually, while its capacity can also be boosted to 15 MW if needed. A prototype of the turbine is set to be ready by 2021, and it’s expected to be commercially available in 2024.

As technology has developed over the last few years, the size of wind turbines has increased.

Last December, for example, Dutch utility Eneco started to purchase power produced by the prototype of GE Renewable Energy’s Haliade-X 12 MW wind turbine. That turbine has a capacity of 12 MW, a height of 260 meters and a blade length of 107 meters.

The announcement of Siemens Gamesa’s new turbine plans comes against the backdrop of the coronavirus pandemic, which is impacting renewable energy companies around the world.

Earlier this month, the European company said Covid-19 had a “direct negative impact” of 56 million euros ($61 million) on its profitability between January and March. This, it added, was equivalent to 2.5% of revenues during the quarter.

The pandemic has, in some parts of the world, altered the sources used to power society. At the end of April, for instance, it was announced that a new record had been set for coal-free electricity generation in Great Britain, with a combination of factors — including coronavirus-related lockdown measures — playing a role.

On Tuesday, the CEO of another major wind turbine manufacturer, Danish firm Vestas, sought to emphasize the importance of renewable energy in the years and months ahead.

“I think we have actually, throughout this crisis, also shown to all society that renewables can be trusted,” Henrik Andersen said during an interview on CNBC’s Street Signs.