Paying for electricity in India: Power theft can't be business as usual 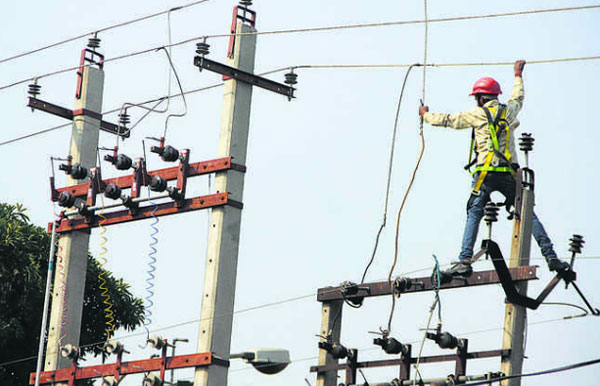 NEW DELHI - India is among the world leaders in losing money to electricity theft. The country’s power sector also has a peculiar pattern of entities selling without getting the money on time, or nothing at all. Coal India is owed about Rs 12,300 crore by power generation companies, which themselves have not been paid over Rs 1 lakh crore by distribution companies. The figures of losses suffered by discoms are much higher. The circuit does get completed somehow, but the uneven transaction, which defies business sense, introduces a disruptive strand that limits the scope for any future planning. Regular and unannounced shutdowns become the norm as the power supply falls short of demand, which this time is expected to touch record highs of 215-220 gigawatts amid the scorching heatwave.

In debt-ridden Punjab, the power subsidy bill is over Rs 10,000 crore, a large portion of which serves farmers. The AAP government plans to provide free electricity up to 300 units for every household from July 1. The generous giveaways cannot camouflage the state of affairs. Thirty-three government departments had outstanding electricity bills of Rs 62 crore as on March 31, the end of the last financial year. With arrears of Rs 22.48 crore, the biggest defaulter was the Water and Sanitation Department. According to the Punjab State Power Corporation Limited, around 40 police stations and posts have been found to be stealing power or failing to clear the bills. Customary warnings have been issued of snapping supply if the dues are not paid, but ‘public interest’ and ‘essential services’ will ensure that such an eventuality does not arise.

The substantial fine imposed on a dera stealing power in Tarn Taran, along with the registration of an FIR, is exemplary action that needs to be carried forward. Change is tough, but a new way of working begins with those in positions of power leading by example, be it fixing the payment mechanism, upgrading infrastructure, minimising the use of electricity or a gradual switch to alternative energy sources.