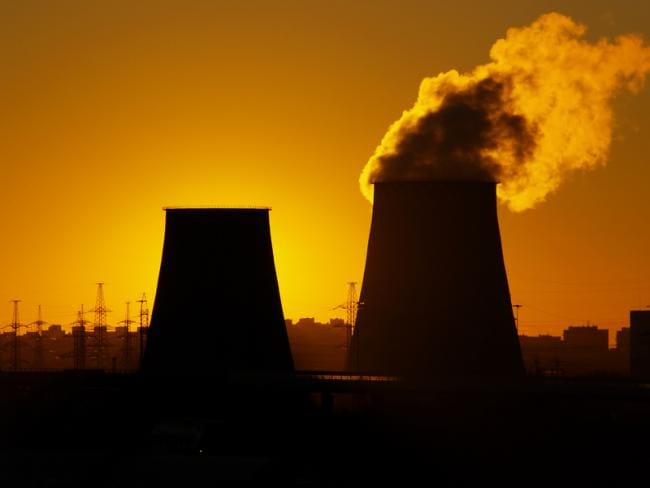 COLUMBUS - The materials the United States and other countries plan to use to store high-level nuclear waste will likely degrade faster than anyone previously knew because of the way those materials interact, new research shows.

The findings, published today in the journal Nature Materials (https://www.nature.com/articles/s41563-019-0579-x), show that corrosion of nuclear waste storage materials accelerates because of changes in the chemistry of the nuclear waste solution, and because of the way the materials interact with one another.

"This indicates that the current models may not be sufficient to keep this waste safely stored," said Xiaolei Guo, lead author of the study and deputy director of Ohio State's Center for Performance and Design of Nuclear Waste Forms and Containers, part of the university's College of Engineering. "And it shows that we need to develop a new model for storing nuclear waste."

The team's research focused on storage materials for high-level nuclear waste -- primarily defense waste, the legacy of past nuclear arms production. The waste is highly radioactive. While some types of the waste have half-lives of about 30 years, others -- for example, plutonium -- have a half-life that can be tens of thousands of years. The half-life of a radioactive element is the time needed for half of the material to decay.

The United States currently has no disposal site for that waste; according to the U.S. General Accountability Office, it is typically stored near the plants where it is produced. A permanent site has been proposed for Yucca Mountain in Nevada, though plans have stalled. Countries around the world have debated the best way to deal with nuclear waste; only one, Finland, has started construction on a long-term repository for high-level nuclear waste.

But the long-term plan for high-level defense waste disposal and storage around the globe is largely the same. It involves mixing the nuclear waste with other materials to form glass or ceramics, and then encasing those pieces of glass or ceramics -- now radioactive -- inside metallic canisters. The canisters then would be buried deep underground in a repository to isolate it.

In this study, the researchers found that when exposed to an aqueous environment, glass and ceramics interact with stainless steel to accelerate corrosion, especially of the glass and ceramic materials holding nuclear waste.

The study qualitatively measured the difference between accelerated corrosion and natural corrosion of the storage materials. Guo called it "severe."

"In the real-life scenario, the glass or ceramic waste forms would be in close contact with stainless steel canisters. Under specific conditions, the corrosion of stainless steel will go crazy," he said. "It creates a super-aggressive environment that can corrode surrounding materials."

To analyze corrosion, the research team pressed glass or ceramic "waste forms" -- the shapes into which nuclear waste is encapsulated -- against stainless steel and immersed them in solutions for up to 30 days, under conditions that simulate those under Yucca Mountain, the proposed nuclear waste repository.

Those experiments showed that when glass and stainless steel were pressed against one another, stainless steel corrosion was "severe" and "localized," according to the study. The researchers also noted cracks and enhanced corrosion on the parts of the glass that had been in contact with stainless steel.

Part of the problem lies in the Periodic Table. Stainless steel is made primarily of iron mixed with other elements, including nickel and chromium. Iron has a chemical affinity for silicon, which is a key element of glass.

The experiments also showed that when ceramics -- another potential holder for nuclear waste -- were pressed against stainless steel under conditions that mimicked those beneath Yucca Mountain, both the ceramics and stainless steel corroded in a "severe localized" way.

Other Ohio State researchers involved in this study include Gopal Viswanathan, Tianshu Li and Gerald Frankel.

This work was funded in part by the U.S. Department of Energy Office of Science.