'That can keep you up at night': Lessons for Canada from Europe's power crisis 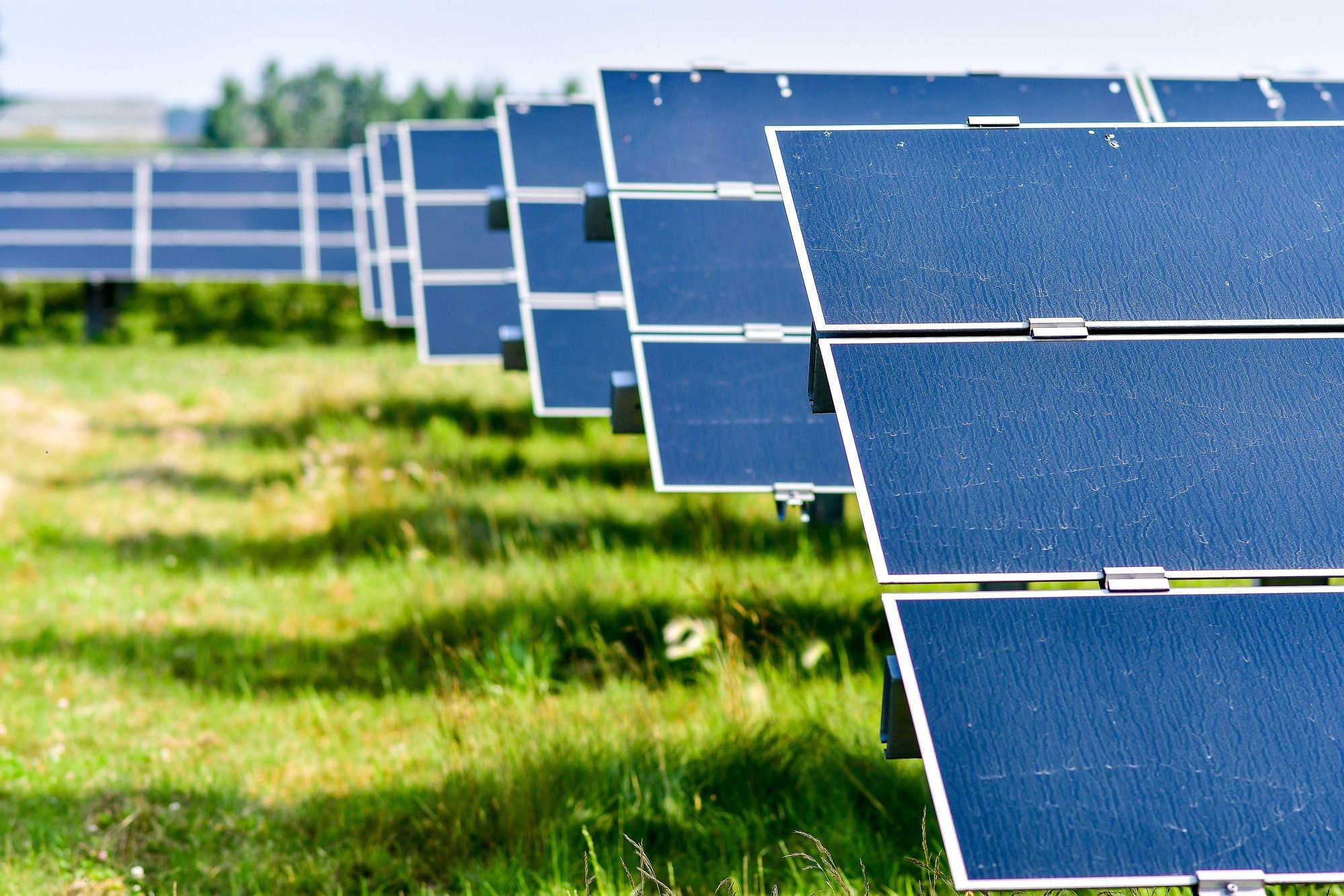 TORONTO - Europe is currently suffering the consequences of an uncoordinated rush to carbon-free electricity that experts warn could hit Canada as well unless urgent action is taken.

Power prices in Germany, for example, hit a record 91 euros ($135 CAD) per megawatt-hour earlier this month. That is more than triple what electricity costs in Ontario, even during periods of peak demand.

Experts blame the price spikes in large part on a chaotic transition to a specific set of renewable electricity sources - wind and solar - at the expense of other carbon-free supplies such as nuclear power. Germany, Europe’s largest economy, plans to close its last remaining nuclear power plant next year despite warnings that renewables are not being added to the German grid quickly enough to replace that lost supply.

As Canada prepares to transition its own electricity grid to 100 per cent net-zero supplies by 2035, experts say the European power crisis offers lessons this country must heed in order to avoid a similar fate.

'A CAUTIONARY TALE'
“Some countries have rushed their transition without thinking about what people need and when they need it,” said Chris Bentley, managing director of Ryerson University’s Legal Innovation Zone who also served as Ontario’s Minister of Energy from 2011 to 2013, in an interview. “Germany has experienced a little bit of this issue recently when the wind wasn’t blowing.”

Wind power usually provides between 20 and 30 per cent of Germany’s electricity needs, but the below-average breeze across much of continental Europe in recent months has pushed that figure down.

“There is a cautionary tale from the experience in Europe,” said Francis Bradley, chief executive officer of the Canadian Electricity Association, in an interview. “There was also a cautionary tale from what took place this past winter in Texas,” he added, referring to widespread power failures in Texas spawned by a lack of backup power supplies during an unusually cold winter that led to many deaths.

The first lesson Canada must learn from those cautionary tales, Bradley said, “is the need to pursue an all-of-the-above approach.”

The more important lesson for Canada, according to Binnu Jeyakumar, is about the need for a more holistic, nuanced approach to our own net-zero transition.

“It is very easy to have runaway narratives that just pinpoint the blame on one or two issues, but the lesson here isn’t really about the reliability of renewables as there are failures that occur across all sources of electricity supply,” said Jeyakumar, director of clean energy for the Pembina Institute, in an interview.

“The takeaway for us is that we need to get better at learning how to integrate an increasingly diverse electricity grid,” she said. “It is not necessarily the technologies themselves, it is about how we do grid planning, how are our markets structured and are we adapting them to the trends that are evolving in the electricity and energy sectors.”

'ABSOLUTELY ENORMOUS' CHALLENGE IS 'ALMOST MIND-BENDING'
Canada already gets the vast majority of its electricity from emission-free sources. Hydro provides roughly 60 per cent of our power, nuclear contributes another 15 per cent and renewables such as wind and solar contribute roughly seven per cent more, according to federal government data.

Tempting as it might be to view the remaining 18 per cent of Canadian electricity that is supplied by oil, natural gas and coal as a small enough proportion that it should be relatively easy to replace, the reality is much more difficult.

“It is one thing to say that by 2035 we are going to have a decarbonized electricity system, but the challenge really is the amount of additional electricity that we are going to need between now and 2035,” said John Gorman, chief executive officer of the Canadian Nuclear Association and former CEO of the Canadian Solar Industries Association, in an interview. “It is absolutely enormous, I mean, it is almost mind-bending.”

Canada will need to triple the amount of electricity produced nationwide by 2050, according to a report from SNC-Lavalin published earlier this year. Gorman said that will require adding between five and seven gigawatts of new installed capacity to Canada’s electricity grid every year from 2021 through 2050 or more than twice the amount of new power supply Canada brings online annually right now.

For perspective, consider Ontario’s Bruce Power nuclear facility. It took 27 years to bring that plant to its current 6.4 gigawatt (GW) capacity, but meeting Canada’s decarbonization goals will require adding roughly the equivalent capacity of Bruce Power every year for the next three decades.

“The task of creating enough electricity in the coming years is truly enormous and governments have not really wrapped their heads around that yet,” Gorman said. “For those of us in the energy sector, it is the type of thing that can keep you up at night.”

GOVERNMENT POLICY 'HELD HOSTAGE' BY 'DINOSAURS'
The Pembina Institute’s Jeyakumar agreed “the last mile is often the most difficult” and will require “a concerted effort both at the federal level and the provincial level.”

Governments will “need to be able to support innovation and solutions such as non-wires alternatives,” she said. “Instead of building a massive new transmission line or beefing up an old one, you could put a storage facility at the end of an existing line. Distributed energy resources provide those kinds of non-wires alternatives and they are already cost-effective and competitive with oil and gas.”

For Glen Murray, who served as Ontario’s minister of infrastructure and transportation from early 2013 to mid-2014 before assuming the environment and climate change portfolio until his resignation in mid-2017, that is a key lesson governments have yet to learn.

“We are moving away from a centralized distribution model to distributed systems where individual buildings and homes and communities will supply their own electricity needs,” said Murray, who currently works for an urban planning software company in Winnipeg, in an interview. “Yet both the federal and provincial governments are assuming that we are going to continue to have large, centralized generation of power, but that is simply not going to be the case.”

“Government policy is not focused on driving that because they are held hostage by their own hydro utilities and the big gas companies,” Murray said. “They are controlling the agenda even though they are the dinosaurs.”

Referencing the SNC-Lavalin report, Gorman noted as many as 45 small, modular nuclear reactors as well as 20 conventional nuclear power plants will be required in the coming decades: “And that is in the context of also maximizing all the other emission-free electricity sources we have available as well from wind to solar to hydro and marine renewables,” Gorman said, echoing the “all-of-the-above” mindset of the Canadian Electricity Association.

There are, however, “fundamental rules of the market and the regulatory system that make it an uneven playing field for these new technologies to compete,” said Jeyakumar, agreeing with Murray’s concerns. “These are all solvable problems but we need to work on them now.”

'2035 IS TOMORROW'
According to Bentley, the former Ontario energy minister-turned academic, “the government's role is to match the aspiration with the means to achieve that aspiration.”

“We have spent far more time as governments talking about the goals and the high-level promises [of a net-zero electricity grid by 2035] without spending as much time as we need to in order to recognize what a massive transformation this will mean,” Bentley said. “It is easy to talk about the end-goal, but how do you get there?”

The Canadian Electricity Assocation’s Bradley agreed “there are still a lot of outstanding questions about how we are going to turn those aspirations into actual policies. The 2035 goal is going to be very difficult to achieve in the absence of seeing exactly what the policies are that are going to move us in that direction.”

“It can take a decade to go through the processes of consultations and planning and then building and getting online,” Bradley said. “Particularly when you’re talking about big electricity projects, 2035 is tomorrow.”

Jeyakumar said “we cannot afford to wait any longer” for policies to be put in place as the decisions governments make today “will then lock us in for the next 30 or 40 years into specific technologies.”

“We need to consider it like saving for retirement,” said Gorman of the Canadian Nuclear Association. “Every year that you don’t contribute to your retirement savings just pushes your retirement one more year into the future.”