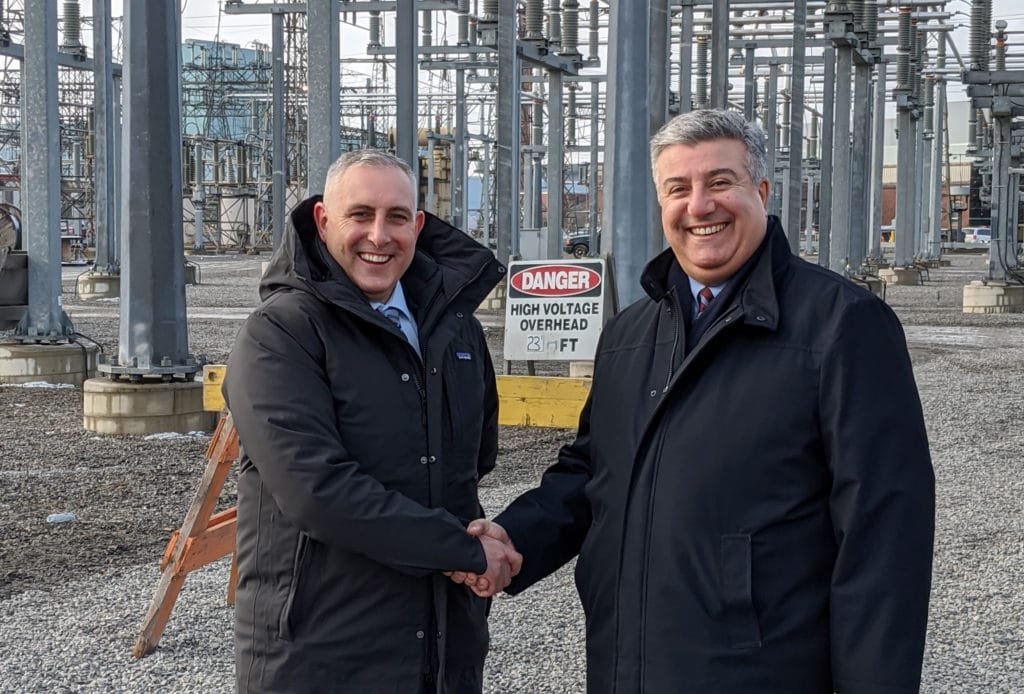 HAMILTON - Hydro One Networks Inc. (Hydro One), Ontario's largest electricity transmission and distribution company, and Alectra Utilities have announced they expect to complete approximately $250 million of work in the Hamilton area by 2022 to upgrade local electricity infrastructure and improve service reliability.

As part of these plans to strengthen the electricity grid in the Hamilton region, investments are expected to include:

installing quieter, more efficient transformers in four stations across Hamilton to assist in reducing the number of outages;
replacing protection and switching devices across the city to shorten outage restoration times;
refurbishing a power line originally installed in 1915 that is critical to powering the Hamilton West Mountain area; and,
trimming hazardous trees across more than 1,260 km of overhead powerlines and replacing more than 270 poles.
Hydro One will be working with Alectra Utilities to replace aging infrastructure at Elgin transmission station.

"A loss of power grinds life to a halt, impacting businesses, families and productivity. That's why Hydro One is partnering with Alectra Utilities to support a growing local economy in Hamilton, while improving power reliability for its residents," said Jason Fitzsimmons, Chief Corporate Affairs and Customer Care Officer. "Replacing aging infrastructure and modernizing equipment is part of our plan to build a stronger, safer and more reliable electricity system for Ontario now and into the future."

"Partnering with Hydro One to invest in our local community will create a safer, more resilient and reliable system for the future," said Max Cananzi, President, Alectra Utilities.  "In addition to investments in the transmission system, Alectra Utilities also plans to invest $235 million over the next five years to renew, upgrade and connect customers to the electrical distribution and supporting systems in Hamilton. Investments in the transmission and distribution systems in Hamilton will contribute to the long-term sustainability of our communities."

"I am pleased to see Hydro One and Alectra investing in modernizing local electricity infrastructure and improving reliability," said Member of Provincial Parliament, Donna Skelly.  "Safe and reliable power is essential to supporting local families, businesses and our community."

Hydro One's investments included in this announcement are captured in its previously disclosed future capital expenditures.

Much of Hydro One's electricity system was built in the 1950s. Its three-year, $5 billion investment plan supports safe and reliable power to communities across Ontario.