Clean, affordable electricity should be an issue in the Ontario election 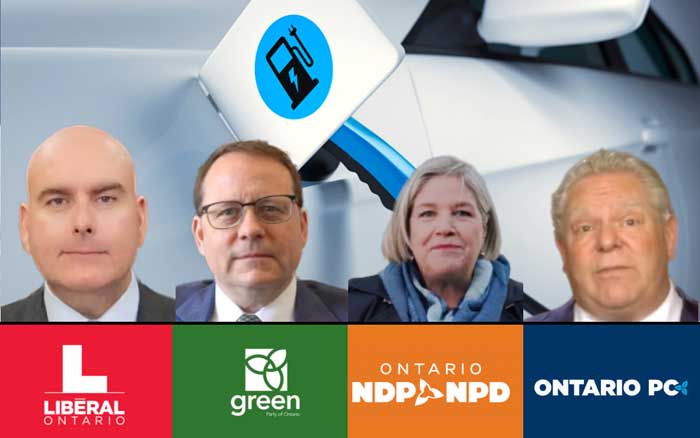 TORONTO - Ontario electricity demand is forecast to soon outstrip supply, a problem that needs attention in the upcoming provincial election.

Forecasters say Ontario will need to double its power supply by 2050 as industries ramp up demand for low-emission power and consumers switch to electric vehicles and space heating. But while the Ford government has made a flurry of recent energy announcements, including a hydrogen project at Niagara Falls and an interprovincial agreement on small nuclear reactors, it has not laid out how it intends to bulk up the province’s power supply.

“Ontario is entering a period of widening electricity shortfalls,” says the Ontario Chamber of Commerce. “Having a plan to address those shortfalls is essential to ensure businesses can continue investing and growing in Ontario with confidence.”

The supply and demand mismatch is coming because of brisk economic growth combined with increasing electrification to meet Canada’s goal to reduce CO2 emissions by 40 per cent by 2030 and to net-zero by 2050.

Hamilton’s ArcelorMittal Dofasco and Algoma Steel in Sault Ste. Marie are leaders on this transformation. They plan to replace their blast furnaces and basic oxygen furnaces later this decade with electric arc furnaces (EAFs), reducing annual CO2 emissions by three million tonnes each.

Dofasco, which operates an EAF that is already the single largest electricity user in Ontario, plans to build a second EAF and a gas-fired ironmaking furnace, which can also be powered with zero-carbon hydrogen produced from electricity, once it becomes available.

Other new projects in the agriculture, mining and manufacturing sectors are also expected to be big power users, including the recently announced $5 billion Stellantis-LG electric vehicle battery plant in Windsor. Five new transmission lines will be built to service the plant and the burgeoning greenhouse industry in southwestern Ontario. The greenhouses alone will require enough additional electricity to power a city the size of Ottawa.

Ontario is recognized as one of the cleanest electricity systems in the world, with over 90 per cent of its capacity from low-emission nuclear, hydro, wind and other renewable generation. Only nine per cent comes from CO2-emitting gas plants. But that’s about to change.

Annual electricity demand is expected to grow from 140 terawatt hours (a terawatt hour is one trillion watts for one hour) currently to about 200 terawatt hours in 2042, according to the Independent Electricity System Operator, the agency that manages Ontario’s grid.

Demand is expected to outstrip currently contracted supply in 2026, reaching a gap of about 80 terawatt hours by 2042. A big part of this gap is due to the scheduled retirement of the Pickering nuclear station in 2025 and the current refurbishment of the Darlington nuclear station reactors. While the IESO doesn’t expect blackouts or brownouts, it forecasts the province will need to sharply increase expensive power imports and triple the amount of CO2-polluting gas-fired generation.

The party that wins the provincial election will have to make hard decisions on renewable energy, energy conservation, battery storage, new hydro plants, small nuclear reactors, gas generation and power imports from the U.S. and Quebec. In addition, the federal government is pressing the provinces to meet a new net-zero clean electricity standard by 2035. These decisions will have huge impact on Ontario’s future.

With so much at stake, Ontario’s political parties need to tell voters during the upcoming campaign how they would address these enormous challenges.