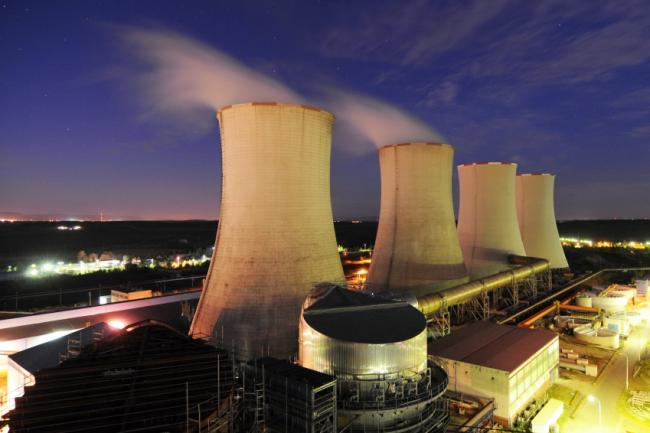 TOKYO - The Japanese government decided Friday to delay the removal of spent fuel from the Fukushima Daiichi nuclear power plant's Nos. 1 and 2 reactors by as much as five years, casting doubt on whether it can stick to its timeframe for dismantling the crippled complex.

The process of removing the spent fuel from the units' pools had previously been scheduled to begin in the year through March 2024.

The delay is necessary to take further safety precautions such as the construction of an enclosure around the No. 1 unit to prevent the spread of radioactive dust, and decontamination of the No. 2 unit, the government said. It is the fourth time it has revised its schedule for removing the spent fuel rods.

"It's a very difficult process and it's hard to know what to expect. The most important thing is the safety of the workers and the surrounding area," industry minister Hiroshi Kajiyama told a press conference.

The government set a new goal of finishing the removal of the 4,741 spent fuel rods across all six of the plant's reactors by the year through March 2032.

TEPCO has started the process at the No. 3 unit and already finished at the No. 4 unit, which was off-line for regular maintenance at the time of the disaster. A schedule has yet to be set for the Nos. 5 and 6 reactors.

While the government maintained its overarching timeframe of finishing the decommissioning of the plant 30 to 40 years from the 2011 crisis triggered by a magnitude 9.0 earthquake and tsunami, there may be further delays.

The government said it will begin removing fuel debris from the three reactors that experienced core meltdowns in the year through March 2022, starting with the No. 2 unit.

The process, considered the most difficult part of the decommissioning plan, will involve using a robot arm to initially remove small amounts of debris, moving up to larger amounts.

The government also said it will aim to reduce the pace at which contaminated water at the plant increases. Water for cooling the melted cores, mixed with underground water, amounts to around 170 tons a day. That number will be brought down to 100 tons by 2025, it said.

The water is being treated to remove the most radioactive materials and stored in tanks on the plant's grounds, but already more than 1 million tons has been collected and space is expected to run out by the summer of 2022.