Why electric buses haven't taken over the world—yet 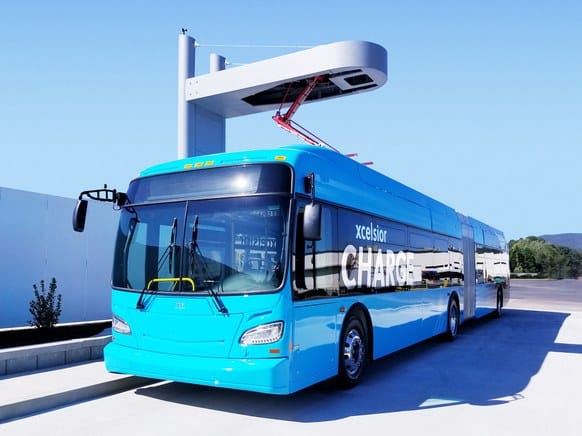 LONDON - In lots of ways, the electric bus feels like a technology whose time has come. Transportation is responsible for about a quarter of global emissions, and those emissions are growing faster than in any other sector. While buses are just a small slice of the worldwide vehicle fleet, they have an outsize effect on the environment. That’s partly because they’re so dirty—one Bogotá bus fleet made up just 5 percent of the city’s total vehicles, but a quarter of its CO2, 40 percent of nitrogen oxide, and more than half of all its particulate matter vehicle emissions. And because buses operate exactly where the people are concentrated, we feel the effects that much more acutely.

Enter the electric bus. Depending on the “cleanliness” of the electric grid into which they’re plugged, e-buses are much better for the environment. They’re also just straight up nicer to be around: less vibration, less noise, zero exhaust. Plus, in the long term, e-buses have lower operating costs. What with their streamlined electric engines, they’re easier to maintain (at least once maintenance folks accustomed to internal combustion learn to deal with them).

So it makes sense that global e-bus sales increased by 32 percent last year, according to a report from Bloomberg New Energy Finance. “You look across the electrification of cars, trucks—it’s buses that are leading this revolution,” says David Warren, the director of sustainable transportation at bus manufacturer New Flyer.

Today, about 17 percent of the world’s buses are electric—425,000 in total. But 99 percent of them are in China, where a national mandate promotes all sorts of electric vehicles. In the US, a few cities have bought a few electric buses, or at least run limited pilots, to test the concept out. California has even mandated that by 2029 all buses purchased by its mass transit agencies be zero-emission.

“We want to be responsive, we want to be innovative, we want to pilot new technologies and we’re committed to doing so as an agency,” says Becky Collins, the manager of corporate initiative at the Southeastern Pennsylvania Transportation Authority, which is currently on its second e-bus pilot program. “But if the diesel bus was a first-generation car phone, we’re verging on smartphone territory right now. It’s not as simple as just flipping a switch.”

One reason is trepidation about the actual electric vehicle. Some of the major bus manufacturers are still getting over their skis, production-wise. During early tests in places like Belo Horizonte, Brazil, e-buses had trouble getting over steep hills with full passenger loads. Albuquerque, New Mexico, canceled a 15-bus deal with the Chinese manufacturer BYD after finding equipment problems during testing. (The city also sued). Today’s buses get around 225 miles per charge, depending on topography and weather conditions, which means they have to re-up about once a day on a shorter route in a dense city. That’s an issue in a lot of places.

If you want to buy an electric bus, you need to buy into an entire electric bus system. The vehicle is just the start.

The number one thing people seem to forget about electric buses is that they need to get charged. “We talk to many different organizations that get so fixated on the vehicles,” says Camron Gorguinpour, the global senior manager for the electric vehicles at the World Resources Institute, a research organization, which last month released twin reports on electric bus adoption. “The actual charging stations get lost in the mix.”

But charging stations are expensive—about $50,000 for your standard depot-based one. On-route charging stations, an appealing option for longer bus routes, can be two or three times that. And that’s not even counting construction costs. Or the cost of new land: In densely packed urban centers, movements inside bus depots can be tightly orchestrated to accommodate parking and fueling. New electric bus infrastructure means rethinking limited space. And it’s a particular pain when agencies are transitioning between diesel and electric buses. “The big issue is just maintaining two sets of fueling infrastructure,” says Hanjiro Ambrose, a doctoral student at UC Davis who studies transportation technology and policy.

“We talk to many different organizations that get so fixated on the vehicles. The actual charging stations get lost in the mix.”

Then agencies also have to get the actual electricity to their charging stations. This involves lengthy conversations with utilities about grid upgrades, rethinking how systems are wired, occasionally building new substations, and, sometimes, cutting deals on electric output. Because an entirely electrified bus fleet? It’s a lot to charge. Warren, the New Flyer executive, estimates it could take 150 megawatt-hours of electricity to keep a 300-bus depot charged up throughout the day. Your typical American household, by contrast, consumes 7 percent of that—per year. “That’s a lot of work by the utility company,” says Warren.

For cities outside of China—many of them still testing out electric buses and figuring out how they fit into their larger fleets—learning about what it takes to run one is part of the process. This, of course, takes money. It also takes time. Optimists say e-buses are more of a question of when than if. Bloomberg New Energy Finance projects that just under 60 percent of all fleet buses will be electric by 2040, compared to under 40 percent of commercial vans and 30 percent of passenger vehicles.

Which means, of course, that the work has just started. “With new technology, it always feels great when it shows up,” says Ambrose. “You really hope that first mile is beautiful, because the shine will come off. That’s always true.”