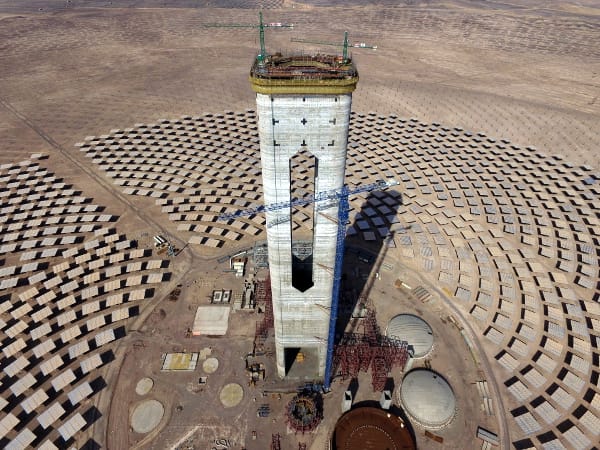 MADRID - A consortium formed by Spanish groups Abengoa and Acciona has signed a contract to complete the construction of the 110MW Cerro Dominador concentrated solar power (CSP) plant in Chile.

The consortium received notice to proceed to build the solar-thermal plant, which is part of the 210MW Cerro Dominador solar complex.

Under the contract, Acciona, which has 51% stake in the consortium, will be responsible for building the plant while Abengoa will act as the technological partner.

Expected to be the first of its kind in Latin America upon completion, the plant is owned by Cerro Dominador, which in turn is owned by funds managed by EIG Global Energy Partners.

The project will add to a Abengoa-built 100MW PV plant, which was commissioned in February 2018, to form a 210MW combined CSP and PV complex.

Spread across an area of 146 hectares, the project will feature 10,600 heliostats and will have capacity to generate clean and dispatachable energy for 24 hours a day using its 17.5 hours of molten salt storage technology.

Expected to prevent 640,000 tons of CO2 emission, the plant is located in the commune of María Elena, in the Atacama Desert, in the Antofagasta Region.

“In total, the complex will avoid 870,000 tons of carbon dioxide emissions into the atmosphere every year and will deliver clean energy through 15-year energy purchase agreements with distribution companies, signed in 2014.

“The construction of the solarthermal plant of Cerro Dominador will have an important impact on local development, with the creation of more than 1,000 jobs in the area during its construction peak, and that will be priority for the neighbors of the communes of the region,” Acciona said in a statement.

Acciona has been operating in Chile since 1993. The company, through its Infrastructure division, executed various construction projects for highways, hospitals, hydroelectric plants and infrastructures for the mining sector.