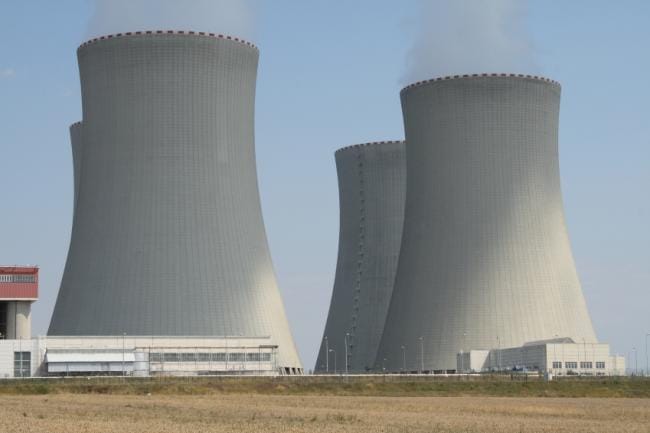 COLUMBIA, SC - The V.C. Summer nuclear power plant, which has been shut down since early November because of a pipe leak, is expected to begin producing energy in a few days.

Dominion Energy says it has fixed the small leak in a pipe valve that allowed radioactive water to drip out. The company declined to say when the plant would be fully operational, but spokesman Ken Holt said that can take several days.

The plant was at 17 percent power Wednesday, he said.

Holt, who said Dominion is still investigating the cause, said water that leaked was part of the reactor cooling system. While the water came in contact with nuclear fuel in the reactor, the water never escaped the plant's containment building and into the environment, Holt said.

He characterized the valve leak as '"uncommon" but not unexpected. The nuclear leak occurred in piping that links the nuclear reactor with the power plant's steam generators. Hundreds of pipes are in that part of the nuclear plant.

"There is always some level of leakage when you are operating, but it is contained and monitored, and when it rises to a certain level, you may take action to stop it," Holt said.

A nuclear safety watchdog has criticized Dominion for not issuing a public notice about the leak, but both the company and the U.S. Nuclear Regulatory Commission say the amount was so small it did not require notice.

The V.C. Summer Nuclear plant is about 25 miles northwest of Columbia in Fairfield County. It was licensed in the early 1980s. At one point, Dominion's predecessor, SCE&G, partnered with state owned Santee Cooper to build two more reactors there. But the companies walked away from the project in 2017, citing high costs and troubles with its chief contractor, Westinghouse.