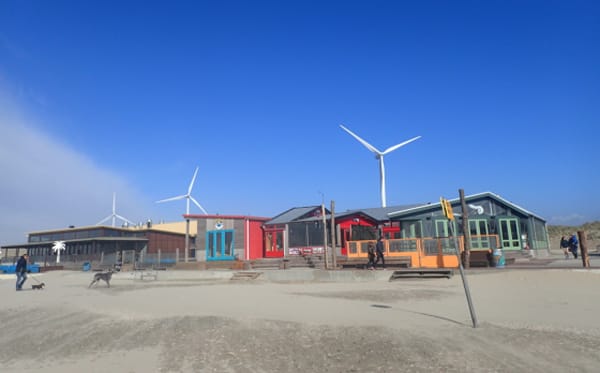 Wind turbines close to the beach at Velsen Noord.

AMSTERDAM - The Netherlands is generating more electricity from sustainable sources but is still far from reaching its targets, the national statistics office CBS said on Friday.

In total, the Netherlands produced 17 billion kilowatts of green energy last year, a rise of 10% on 2016. Sustainable sources now account for 13.8 per cent of energy generation.

The biggest growth was in wind energy – up 16 per cent to 9.6 billion kWh – or the equivalent of energy for three million households. Wind energy now accounts for 60 per cent of green Dutch power. The amount of solar power, which accounts for 34% of green energy production, rose almost 13 per cent.

In January, European statistics agency Eurostat said the Netherlands is near the bottom of a new table on renewable energy use in Europe. The EU has a target of a fifth of all energy use from green sources by 2020 and – while some countries have reached their own targets – the Dutch, French and Irish need to increase their rates by at least 6%, Eurostat said.