Maryland opens solar-power subscriptions to all 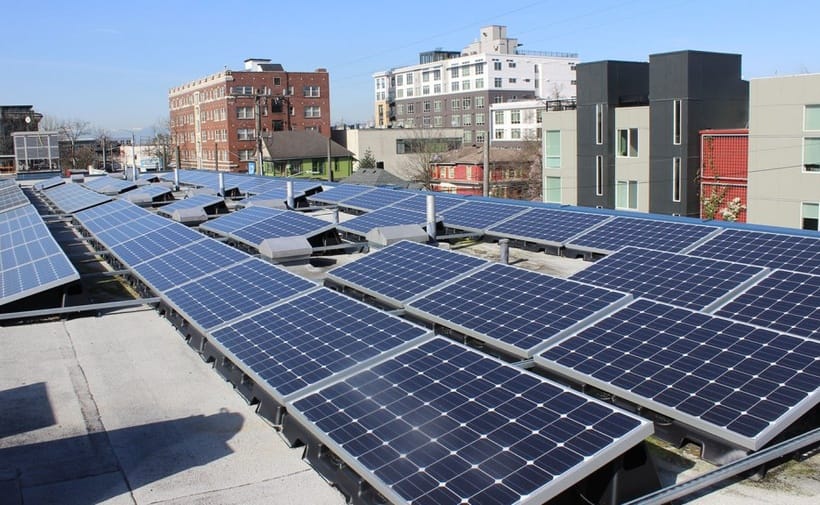 MARYLAND - Maryland has launched a pilot program that will allow anyone to power their home with solar panels — even if they are renters or condo-dwellers, or live in the shade of trees.

Solar developers are looking for hundreds of residents to subscribe to six power projects planned across the state, including recently announced sites in Owings Mills and Westminster. Their offers include discounts on standard electric rates.

The developers need a critical mass of customers who are willing to buy the projects’ electricity before they can move forward with plans to install solar panels on about 80 acres. Under state rules, the customer base must include low- and moderate-income residents.

The idea of the community solar program is to tap into the pool of residential customers who don’t want to get their energy from fossil fuels but currently have no way to switch to a cleaner alternative.

Skulnik is now CEO of Neighborhood Sun, a company recruiting customers for the six projects.

“You’re signing up for a project that won’t exist unless we get enough subscribers,” Skulnik said. “You’re actually getting a new project built.”

It could also stoke simmering conflicts over what sort of land is appropriate for solar development.

The General Assembly authorized the community solar pilot program in 2015. But not-in-my-backyard opposition and concerns about the loss of agricultural land have slowed progress.

Community solar could force more communities to confront those sorts of clashes — and to consider more carefully where solar farms belong.

“We are going to see a lot more solar development in the state,” said Megan Billingsley, assistant director of the Valleys Planning Council in Baltimore County. “One of the things we haven’t seen is any direction or thoughtful planning on where we want to see solar development.”

The General Assembly authorized about 200 megawatts in community solar projects — enough to power about 40,000 households — over three years.

Customers can sign up for projects built within the territory of their electric utility. About half of that solar energy load has been allotted for the region served by Baltimore Gas and Electric Co.

By subscribing to a community solar project, customers won’t actually be getting their electricity from its photovoltaic panels. But their payments will help finance it.

The Public Service Commission has approved six projects so far: Two in BGE territory, in Owings Mills and near Westminster; one in Pepco territory, in Prince George’s County; two in Delmarva Power and Light territory, in Caroline and Worcester counties; and one in Potomac Edison territory, in Washington County.

More projects are expected to win approval in the next two years.

But none of them can be built unless they catch on with electricity customers. The developers are looking for 2,600 customers statewide.

Skulnik would not say how many customers an individual project needs to get the green light. But he said that the Prince George’s proposal, a 25-acre array atop a Fort Washington landfill is the closest, with about 100 subscribers so far.

The terms of subscription vary by project, but discounts range from 5 percent to 10 percent off utility rates. Customers are asked to commit to the projects for as long as 25 years. (They can break the contracts with advance notice, or if they move to a different utility service area.)

Corey Ramsden is an executive for Solar United Neighbors, a nonprofit that promotes the solar industry in eight states and the District of Columbia.

He said potential customers are often confused by the mechanics of subscribing to community solar, or hesitant to commit for years or even decades. The industry is working to answer questions and get people more comfortable with the idea, he said.

But it has been a challenge across the country, and in Maryland. Advocates for solar say there is broad support for renewable energy generation. The state has set goals to increase green energy use and reduce greenhouse gas emissions.

Still, many Marylanders don’t welcome the reality when a project attempts to move in.

Rural land is often the most desirable for solar developers, because it requires the least effort to prepare for an array of panels. But community groups in those areas have asked whether land historically used for farming is right for a more industrial use.

“People are very much in favor of going for a lot more renewables, for whatever reason,” said Dru Schmidt-Perkins, the former president of the land conservation group 1,000 Friends of Maryland. “That support comes to a screeching halt when land that is perceived to be valuable for other things, whether a historic view­shed or farming, suddenly becomes a target of a location for this new project.”

Such concerns have at least temporarily stalled the momentum for solar across the state. Anne Arundel County had at least five small community solar projects in the pipeline in December when officials decided to pause development for eight months. Baltimore County officials imposed a four-month moratorium on solar development before passing an ordinance last year to limit the size and number of solar farms.

Billingsley said the Valley Plannings Council, which advocates for historic and rural areas in western Baltimore County, is frustrated that there hasn’t been more discussion about which areas the county should target for solar development — and which it shouldn’t.

She said she fears that pressure to expand solar farms across rural lands is only going to grow as community solar projects launch, and as lawmakers in Annapolis talk about more policies to promote investment in renewable energy.

Schmidt-Perkins called community solar “an amazing program” for those who would install solar panels on their roofs if they could. But she said its launch heightens the importance of discussions about a broader solar strategy.

“Most communities are caught a little flat-footed on this and are somewhat at the mercy of an industry that’s chomping at the bit,” she said. “It’s time for Maryland to say, ‘Okay, let’s come up with our plan so that we know how much solar can we really generate in this state on lands that are not conflict-based.’”