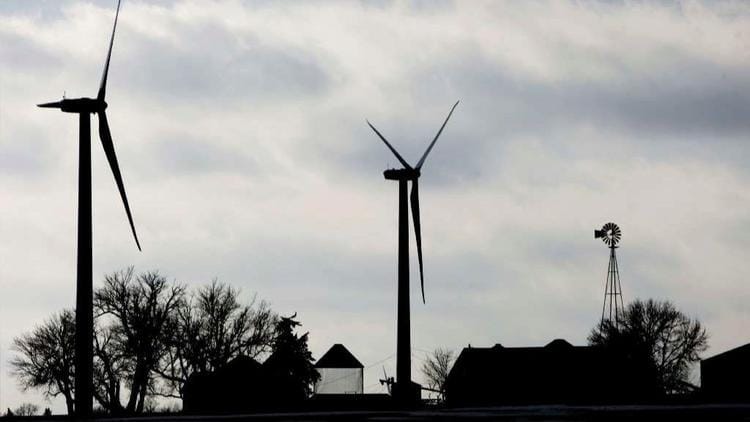 More than 36 percent of Iowa's electricity comes from wind turbines.

CHICAGO - The company behind a proposed underground transmission line that would carry electricity generated mostly by wind turbines in Iowa to the Chicago area said Monday that the $2.5 billion project could be operational in 2024 if regulators approve it.

Direct Connect Development Co. said it has lined up three major investors to back the project. It plans to bury the transmission line in land that runs along existing Canadian Pacific railroad tracks, hopefully reducing the disruption to landowners. It's not unusual for pipelines or fiber optic lines to be buried along railroad tracks in the land the railroad controls.

CEO Trey Ward said he "believes that the SOO Green project will set the standard regarding how transmission lines are developed and constructed in the U.S."

A similar proposal from a different company for an overhead transmission line was withdrawn in 2016 after landowners raised concerns. That $2 billion Rock Island Clean Line was supposed to run from northwest Iowa into Illinois.

The new proposed line, which was first announced in 2017, would run from Mason City, Iowa, to Plano, Ill. The investors announced Monday were Copenhagen Infrastructure Partners, Jingoli Power and Siemens Financial Services.

The underground line would also connect two different regional power operating grids, which would allow the transfer of renewable energy back and forth between customers and producers in the two regions.

More than 36 percent of Iowa's electricity comes from wind turbines across the state.