Energy freedom and solar’s strategy for the South 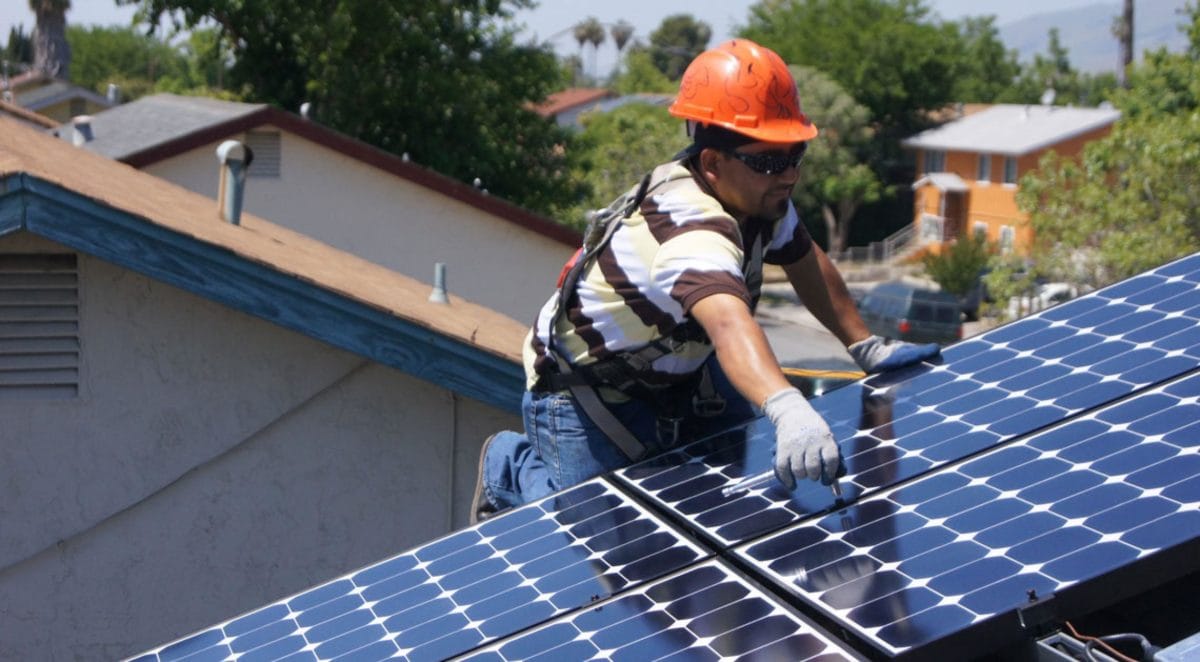 The solar industry has just won a major victory with the passage of the Energy Freedom Act in South Carolina.

WASHINGTON - The South Carolina House has approved the latest version of the Energy Freedom Act, a bill that overhauls the state’s electricity policies, including lifting the net metering cap and reforming PURPA implementation and utility planning processes in a way that advocates say levels the playing field for solar at all scales.

With Governor Henry McMaster (R) expected to sign the bill shortly, this is a major coup not just for solar in the state, but the region. This is particularly notable given the struggle that solar has had just to gain footing in many parts of the South, which is dominated by powerful utility monopolies and conservative politicians.

Two days ago when the bill passed the Senate we covered the details of the policy, but today we’re going to take a look at the politics of getting the Energy Freedom Act passed, and what this means for other Southern states and “red” states.

The first thing to note about this bill is that it comes within a crisis in South Carolina’s electricity sector. This was the first legislative session following state-run utility Santee Cooper’s formal abandonment of a project to build two new reactors at the Virgil C. Sumner nuclear power plant, on which work stopped nearly two years ago.

Santee Cooper still holds $4 billion in construction debt related to the nuclear projects. According to an article in The State, this is costing its customers $5 per month toward the current debt, and this will rise to $13 per month for the next 40 years.

Such costs are particularly unwelcome in South Carolina, which has the highest annual electricity bills in the nation due to a combination of very high electricity usage driven by widespread air conditioning during the hot summers and higher prices per unit of power than other Southern states.

Following this fiasco, Santee Cooper’s CEO has stepped down, and the state government is currently considering selling the utility to a private entity. According to Maggie Clark, southeast state affairs senior manager for Solar Energy Industries Association, all of this set the stage for the bill that passed today.

“South Carolina is in a really ripe state for transformational energy policy in the wake of the VC Sumner nuclear plant cancellation,” Clark told pv magazine. “They were looking for a way forward, and I think this bill really provided them something to champion.”

This major win for solar policy comes in a state where the Republican Party holds majorities in both houses of the state’s legislature and sends bills to a Republican governor.

Broadly speaking, Republican politicians seldom show the level of interest in supporting renewable energy that Democrats do either at the state or national level, and show even less inclination to act to address greenhouse gas emissions. In fact, the 100% clean energy mandates that are being implemented in four states and Washington D.C. have only passed with Democratic trifectas, in other words with Republicans controlling neither house of the state legislature nor the governor’s office. (Note: This does not apply to Puerto Rico, which has a different party structure to the rest of the United States)

However, South Carolina shows there are Republican politicians who will support pro-renewable energy policies, and circumstances under which Republican majorities will vote for legislation that aids the adoption of solar. And these specific circumstances speak to both different priorities and ideological differences between the two parties.

SEIA’s Maggie Clark emphasizes that the Energy Freedom Act was about reforming market rules. “This was a way to provide a program that did not provide subsidies or incentives in any way, but to really open the market to competition,” explains Clark. “I think that appealing to conservatives in the South about energy independence and resiliency and ultimately cost savings is the winning message on this issue.”

Such messaging in South Carolina is not an accident. Not only has such messaging been successful in the past, but coalition partner Vote Solar paid for polling to find what messages resounded with the state’s voters, and found that choice and competition were likely to resound.

And all of this happened in the context of what Clark describes as an “extremely well-resourced effort”, with SEIA in particular dedicating national attention and resources to the state – as part of an effort by President and CEO Abigail Hopper to shift attention more towards state-level policy. Maggie Clark is one of two new regional staff who Hopper has hired, and SEIA’s first staff member focused on Southern states.

“Absolutely the South is a prioritized region,” Hopper told pv magazine, noting that three Southern states – the Carolinas and Florida – are among the 12 states that the organization has identified to work on this year. “It became clear that as a region it needed more attention.”

SEIA is not expecting fly-by-night victories, and Hopper attributes the success in South Carolina not only to a broad coalition, but to years of work on the ground in the state.

Nor is SEIA the only organization to grow its presence in the region. Vote Solar now has two full time staff located in the South, whereas two years ago its sole staff member dedicated to the region was located in Washington D.C.

Ideology versus reality in the South

The Energy Freedom Act aligns with conservative ideas about small government and competition, but the American right is not monolithic, nor do political ideas and actions always line up neatly, as other successful policies in other states in the region show

Other than California, by far the largest deployment of renewable energy in the nation has been in Texas. Here a system of renewable energy zones in the sparsely populated but windy and sunny west, north and center of the state feed cities to the east with power from wind and more recently solar.

This was enabled by transmission lines whose cost was socialized among the state’s ratepayers – a tremendous irony given that the state’s politicians would be some of the last in the nation to want to be identified with socializing anything.

Another example is Louisiana, which saw a healthy residential solar market over the last decade due to a 50% state rebate. The policy has expired, but when operating it was exactly the sort of outright subsidy that right-wing media and politicians rail against.

Of course there is also North Carolina, which built the 2nd-largest solar market in the nation on the back of successful state-level implementation of PURPA, a federal law. Finally there is Virginia, where large-scale projects are booming following a 2018 law that found that 5 GW of solar is in the public interest.

Furthermore, while conservatives continually expound the virtues of the free market, the reality of the electricity sector in the “deep red” South is anything but that. The region missed out on the wave of deregulation in the 1990s, and remains dominated by monopoly utilities regulated by the state: a union of big business and big government where competition is non-existent.

This has also meant that the solar which has been deployed in the South is mostly not the kind of rooftop solar that many think of as embodying energy independence, but rather large-scale solar built in farms, fields and forests.

Where to from here?

With such contradictions between stated ideology and practice, it is less clear what makes for successful renewable energy policy in the South. However, opening up markets appears to be working not only in South Carolina, but also in Florida, where third-party solar companies are making inroads after the state’s voters rejected a well-funded and duplicitous effort by utilities to kill distributed solar.

SEIA’s Hopper says that she is “aggressively optimistic” about solar in Florida. As utilities have dominated large-solar deployment in the state, she says that she sees opening up the state’s booming utility-scale solar market to competition as a priority.

Some parts of the region may be harder than others, and it is notable that SEIA has not had as much to say about Alabama, Mississippi or Louisiana, which are largely controlled by utility giants Southern Company and Entergy, or the area under the thumb of the Tennessee Valley Authority, one of the most anti-solar entities in the power sector.

Abby Hopper says ultimately, demand from customers – both individuals and corporations – is the key to transforming policy. “You replicate these victories by customer demand,” Hopper told pv magazine. “That combination of voices from the customer are what’s going to drive change.”