How the 787 uses electricity to maximise efficiency 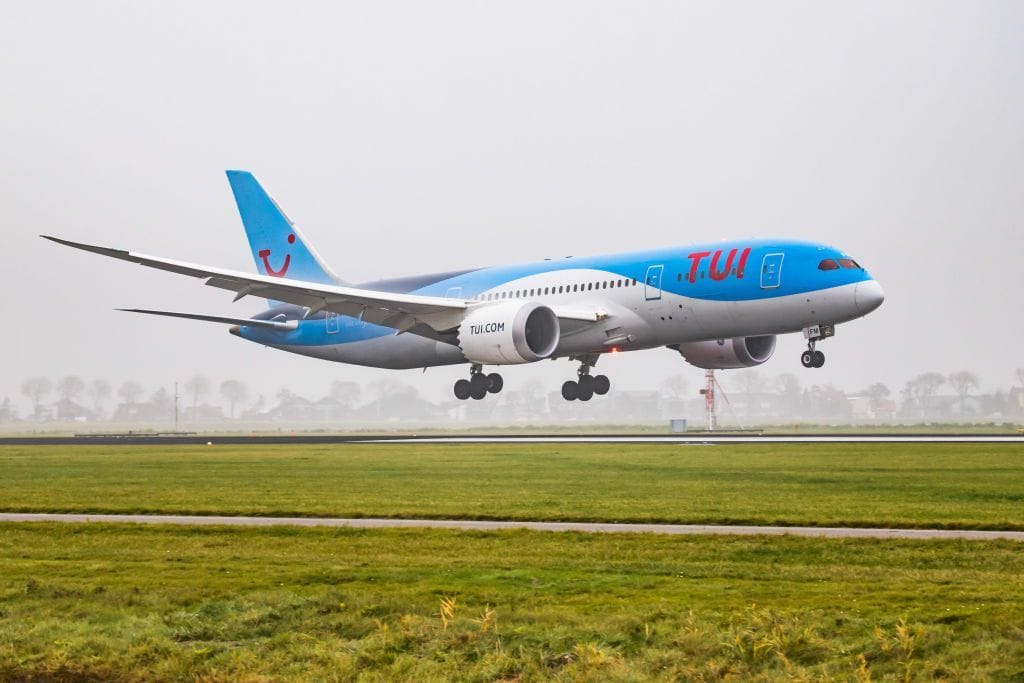 LONDON - The 787 Dreamliner is different to most commercial aircraft flying the skies today. On the surface it may seem pretty similar to the likes of the 777 and A350, but get under the skin and it’s a whole different aircraft.

When Boeing designed the 787, in order to make it as fuel efficient as possible, it had to completely shake up the way some of the normal aircraft systems operated. Traditionally, systems such as the pressurization, engine start and wing anti-ice were powered by pneumatics. The wheel brakes were powered by the hydraulics. These essential systems required a lot of physical architecture and with that comes weight and maintenance. This got engineers thinking.

The 787 uses a lot of electricity. Therefore, to keep up with the demand, it has a number of sources of power. Depending on whether the aircraft is on the ground with its engines off or in the air with both engines running, different combinations of the power sources are used.

The main source of power comes from four 235Vac variable frequency engine starter/generators (VFSGs). There are two of these in each engine. These function as electrically powered starter motors for the engine start, and once the engine is running, then act as engine driven generators.

In the tail of most commercial aircraft sits a small engine, the Auxiliary Power Unit (APU). While this does not provide any power for aircraft propulsion, it does provide electrics for when the engines are not running.

The APU of the 787 has the same generators as each of the engines — two 235Vac VFSGs, designated L and R. They act as starter motors to get the APU going and once running, then act as generators. The power generated is once again directly proportional to the APU speed.

The APU not only provides power to the aircraft on the ground when the engines are switched off, but it can also provide power in flight should there be a problem with one of the engine generators.

The aircraft has one main battery and one APU battery. The latter is quite basic, providing power to start the APU and for some of the external aircraft lighting.

The main battery is there to power the aircraft up when everything has been switched off and also in cases of extreme electrical failure in flight. It provides power to start the APU, acts as a back-up for the brakes and also feeds the captain’s flight instruments until the Ram Air Turbine deploys.

When you need this, you’re really not having a great day. The RAT is a small propeller which automatically drops out of the underside of the aircraft in the event of a double engine failure (or when all three hydraulics system pressures are low). It can also be deployed manually by pressing a switch in the flight deck.

Once deployed into the airflow, the RAT spins up and turns the RAT generator. This provides enough electrical power to operate the captain’s flight instruments and other essentials items for communication, navigation and flight controls.

Using the APU on the ground for electrics is fine, but they do tend to be quite noisy. Not great for airports wishing to keep their noise footprint down. To enable aircraft to be powered without the APU, most big airports will have a ground power system. Large cables from the airport power supply connect 115Vac to the aircraft and allow pilots to shut down the APU. This not only keeps the noise down but also saves on the fuel which the APU would use.

The 787 has three external power inputs — two at the front and one at the rear. The forward system is used to power systems required for ground operations such as lighting, cargo door operation and some cabin systems. If only one forward power source is connected, only very limited functions will be available.

The aft external power is only used when the ground power is required for engine start.

Most flight decks you visit will have the back wall covered in circuit breakers — CBs. If there is a problem with a system, the circuit breaker may “pop” to preserve the aircraft electrical system. If a particular system is not working, part of the engineers procedure may require them to pull and “collar” a CB — placing a small ring around the CB to stop it from being pushed back in. However, on the 787 there are no physical circuit breakers. You’ve guessed it, they’re electric.

Within the Multi Function Display screen is the Circuit Breaker Indication and Control (CBIC). From here, engineers and pilots are able to access all the “CBs” which would normally be on the back wall of the flight deck. If an operational procedure requires it, engineers are able to electrically pull and collar a CB giving the same result as a conventional CB.

Not only does this mean that the there are no physical CBs which may need replacing, it also creates space behind the flight deck which can be utilised for the galley area and cabin. 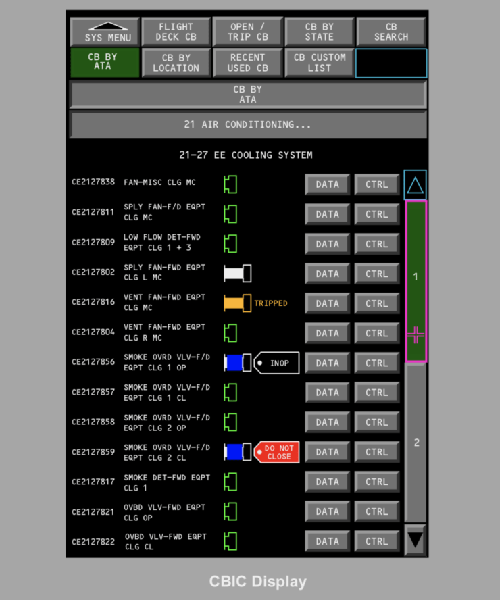 While it’s useful to have all these systems, they are never all used at the same time. Depending on the stage of the flight, different power sources will be used, sometimes in conjunction with others, to supply the required power.

When we arrive at the aircraft, more often than not the aircraft is plugged into the external power with the APU off. Electricity is the blood of the 787 and it doesn’t like to be without a good supply constantly pumping through its system. Ground staff will connect two forward external power sources, as this enables us to operate the maximum number of systems as we prepare the aircraft for departure.

Whilst connected to the external source, there is not enough power to run the air conditioning system. As a result, whilst the APU is off, air conditioning is provided by Preconditioned Air (PCA) units on the ground. These connect to the aircraft by a pipe and pump cool air into the cabin to keep the temperature at a comfortable level.

As we near departure time, we need to start making some changes to the configuration of the electrical system. Before we can push back , the external power needs to be disconnected — the airports don’t take too kindly to us taking their cables with us. We need to generate our own power before we start the engines so to do this, we use the APU.

The APU, like any engine, takes a little time to start up, around 90 seconds or so. If you remember from before, the external power only supplies 115Vac whereas the two VFSGs in the APU each provide 235Vac. As a result, as soon as the APU is running, it automatically takes over the running of the electrical systems. The ground staff are then clear to disconnect the ground power.

If you read my article on how the 787 is pressurised, you’ll know that it’s powered by the electrical system. As soon as the APU is supplying the electricity, there is enough power to run the aircraft air conditioning. The PCA can then be removed. 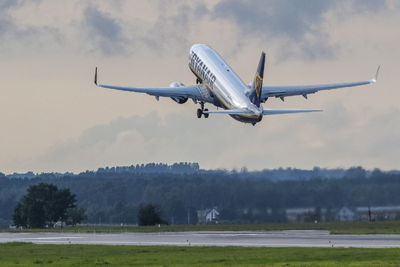 Once all doors and hatches are closed, external cables and pipes have been removed and the APU is running, we’re ready to push back from the gate and start our engines. Both engines are normally started at the same time, unless the outside air temperature is  below 5°C.

On other aircraft types, the engines require high pressure air from the APU to turn the starter in the engine. This requires a lot of power from the APU and is also quite noisy. On the 787, the engine start is entirely electrical. 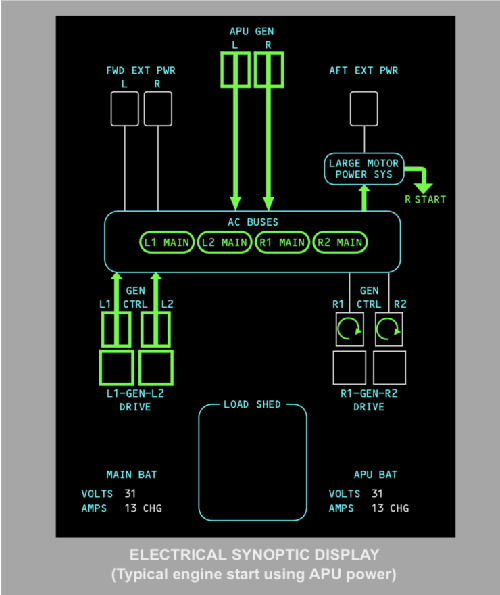 Once the engine is running, the VFSGs stop acting as starter motors and revert to acting as generators. As these generators are the preferred power source, they automatically take over the running of the electrical systems from the APU, which can then be switched off. The aircraft is now in the desired configuration for flight, with the 4 VFSGs in both engines providing all the power the aircraft needs.

As the aircraft moves away towards the runway, another electrically powered system is used — the brakes. On other aircraft types, the brakes are powered by the hydraulics system. This requires extra pipe work and the associated weight that goes with that. Hydraulically powered brake units can also be time consuming to replace.

By having electric brakes, the 787 is able to reduce the weight of the hydraulics system and it also makes it easier to change brake units. “Plug in and play” brakes are far quicker to change, keeping maintenance costs down and reducing flight delays.

Another system which is powered electrically on the 787 is the anti-ice system. As aircraft fly though clouds in cold temperatures, ice can build up along the leading edge of the wing. As this reduces the efficiency of the the wing, we need to get rid of this.

Other aircraft types use hot air from the engines to melt it. On the 787, we have electrically powered pads along the leading edge which heat up to melt the ice.

Not only does this keep more power in the engines, but it also reduces the drag created as the hot air leaves the structure of the wing. A double win for fuel savings.

Once on the ground at the destination, it’s time to start thinking about the electrical configuration again. As we make our way to the gate, we start the APU in preparation for the engine shut down. However, because the engine generators have a high priority than the APU generators, the APU does not automatically take over. Instead, an indication on the EICAS shows APU RUNNING, to inform us that the APU is ready to take the electrical load. 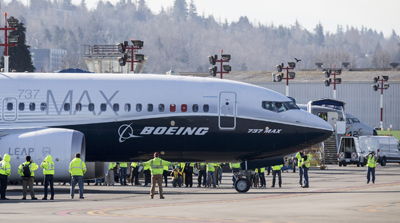 With the park brake set, it’s time to shut the engines down. A final check that the APU is indeed running is made before moving the engine control switches to shut off. Plunging the cabin into darkness isn’t a smooth move. As the engines are shut down, the APU automatically takes over the power supply for the aircraft. Once the ground staff have connected the external power, we then have the option to also shut down the APU.

However, before doing this, we consider the cabin environment. If there is no PCA available and it’s hot outside, without the APU the cabin temperature will rise pretty quickly. In situations like this we’ll wait until all the passengers are off the aircraft until we shut down the APU.

Once on external power, the full flight cycle is complete. The aircraft can now be cleaned and catered, ready for the next crew to take over.

Electricity is a fundamental part of operating the 787. Even when there are no passengers on board, some power is required to keep the systems running, ready for the arrival of the next crew. As we prepare the aircraft for departure and start the engines, various methods of powering the aircraft are used.

The 787 was built around improving efficiency and lowering carbon emissions whilst ensuring unrivalled levels safety — a mission it’s able to achieve on hundreds of flights every single day.