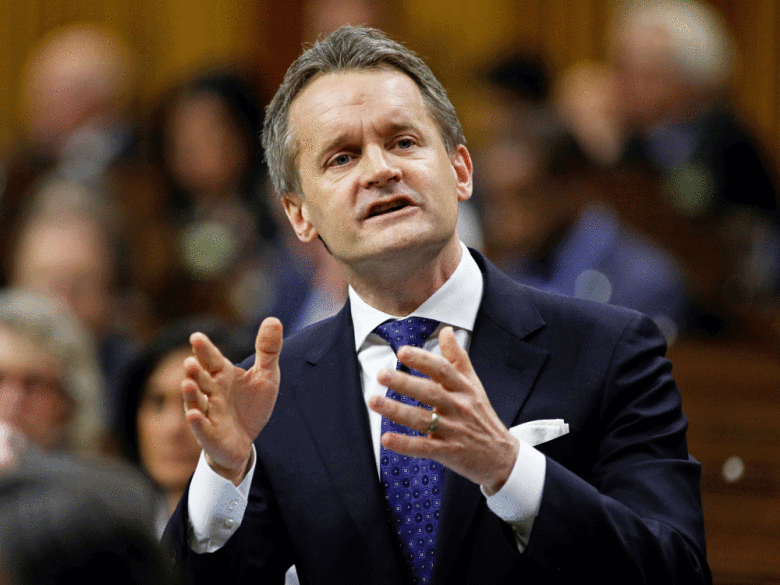 Natural Resources Minister Seamus O'Regan: “We must focus on those areas where Canada can and should lead, like nuclear.”

TORONTO - Canada must expand its nuclear power capacity if it is to reach its climate targets, according to Canadian Minister of Natural Resources Seamus Oregan.

Speaking to the Canadian Nuclear Association’s annual conference, Seamus O’Regan said the industry has to grow.

“As the world tackles a changing climate, nuclear power is poised to provide the next wave of clean, affordable, safe and reliable power,” he told a packed room.

The Ottawa conference was the largest the industry has run with dozens of companies and more than 900 people in attendance. Provincial cabinet ministers from Saskatchewan and Ontario were also there. Those two provinces, along with New Brunswick, signed a memorandum in December to work together on small modular reactor technology.

Small modular reactors are units that produce less power than large generating stations, but can be constructed easier and are expected to be safer to operate. Canadian firms have about a dozen of the proposed reactors working their way through the regulatory process.

The smaller reactors could be used in groups to replace large units, but the industry also hopes to use them in rural or isolated communities, mines or even oilsands projects, potentially replacing the diesel power generators some remote communities use.

The Canadian government issued a road map to support the industry in 2018 and O’Regan committed Thursday to putting some teeth on that proposal later this year with specific steps the government will take.

“We have been working so hard to support this industry. We are placing nuclear energy front and centre, something that has never been done before.”

O’Regan said the government’s role is a clear, streamlined regulatory system that will promote the industry, but also help the Canadian public to trust the reactors will be safe.

The Liberals promised during the campaign that they would gradually reduce Canada’s carbon emissions even after hitting the targets in the Paris Agreement by 2030. By 2050, Prime Minister Justin Trudeau said he expects Canada to be carbon neutral.

The government hasn’t outlined how it will achieve that goal. O’Regan said more detail is coming, but it’s clear that nuclear is going to have to play a major part.

“I have not seen a credible plan for net zero without nuclear as part of the mix. I don’t think we are going to be relying on any one technology. I think it’s going to be a whole host of things.”

O’Regan said large investors are looking for countries that are on the path to net zero.

He added, “We must focus on those areas where Canada can and should lead, like nuclear.”

Canadians are ready to take a fresh look at nuclear

John Gorman, president of the Canadian Nuclear Association, said he was thrilled with O’Regan’s comments.

“I took the minister’s remarks this morning as being perhaps the strongest language of support for the nuclear industry in a number of years.”

Gorman said the industry is in strong shape and is working with utility companies and regulators to move projects forward.

“It’s this amazing collaboration and coordination that is enabling us to beat others to the roll out of these small modular reactors,” he said.

He said provinces that might not have looked at nuclear before now have an incentive to do it, because of climate change. A former solar industry executive, Gorman said solar and wind power are important, but they won’t be able to keep up with rising power demands.

“Globally we are seeing increased recognition that climate change is real and that it’s a crisis, we are also seeing recognition that we are not making as much progress on decarbonizing our electricity system as we thought,” he said. “Canadians are ready to take a fresh look at nuclear and see the real facts.”