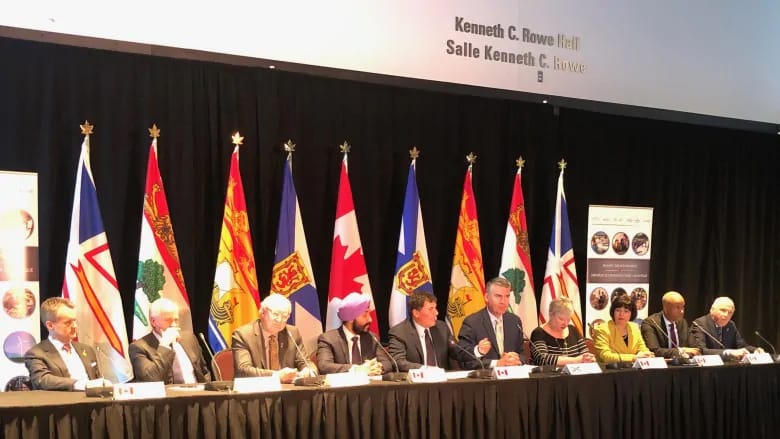 HALIFAX - The federal government will spend $2 million on an engineering study to improve the Atlantic region's electricity grid.

The technical review will identify the most important transmission projects including inter-provincial ties needed to move electricity across the region.

Provinces will apply to the federal government for funding to build the infrastructure. Utilities in each province will be expected to pay some portion of the cost by applying to respective regulators, but what share falls to ratepayers is not known.

​Federal Intergovernmental Affairs Minister Dominic LeBlanc characterized the grid improvements as something that will cost hundreds of millions of dollars.

He said the study was the first step toward "a clean power superhighway across the region.

"We have a historic opportunity to quickly get to work on upgrading ultimately a whole series of transmission links of inter-provincial ties. That's something that the government of Canada would be anxious to work with in terms of collaborating with the provinces on getting that right."

McNeil said the goal was to bring an additional 2,000 megawatts of renewable electricity into the region.

"I can't stress to you enough how critical this will be for the future economic success and stability of Atlantic Canada," he said.

Federal Immigration Minister Ahmed Hussen also announced a pilot project to attract immigrant workers will be extended by two years to the end of 2021.

International graduate students will be given 24 months to apply under the program — a one-year increase.