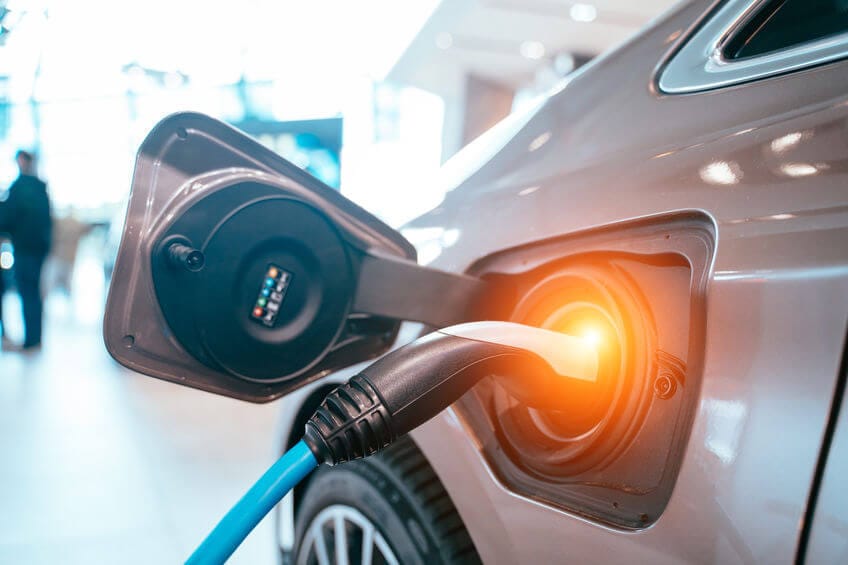 CALGARY - After a most difficult several months, Canadians are cautiously emerging from their COVID-19 isolation and confronting a struggling economy.
There’s a growing consensus that we need to build back better from COVID-19. Instead of shoring up the old economy as we did following the 2008 financial crisis, we need to make strategic investments today that will prepare Canada for tomorrow’s economy.

Tomorrow’s energy system will look very different from today’s — and that tomorrow is coming quickly. The assets of today’s energy economy can help build and launch the new industries required for a low-carbon future. And few opportunities are more intriguing than the growing lithium market.

The world needs lithium – and Alberta has plenty

It’s estimated that three billion tonnes of metals will be required to generate clean energy by 2050. One of those key metals – lithium, a light, highly conductive metal – is critical to the construction of battery electric vehicles (BEV). As global automobile manufacturers design hundreds of new BEVs, demand for lithium is expected to triple in the next five years alone.

Most lithium today originates from either hard rock or salt flats in Australia and South America. Alberta’s oil fields hold abundant deposits of lithium in subsurface brine, but so far it’s been overlooked as industrial waste. With new processing technologies and growing concerns about the security of global supplies, this is set to change. In January, Canada and the U.S. finalized a Joint Action Plan on Critical Minerals to ensure supply security for critical minerals such as lithium and to promote supply chains closer to home.

This presents a major opportunity for Canada and Alberta. Lithium brine will be produced much like the oil that came before it. This lithium originates from many of the same reservoirs responsible for driving both Alberta’s economy and the broader transportation fuel sector for decades. The province now has extensive geological data and abundant infrastructure, including roads, power lines, rail and well sites. Most importantly, Alberta has a highly trained workforce. With very little retooling, the province could deliver significant volumes of newly strategic lithium.

Specialized technologies known as direct lithium extraction, or DLE, are being developed to unlock lithium-brine resources like those in Canada. In Alberta, E3 Metals* has formed a development partnership with U.S. lithium heavyweight Livent Corporation to advance and pilot its DLE technology. Prairie Lithium and LiEP Energy formed a joint venture to pilot lithium extraction in Saskatchewan. And Vancouver’s Standard Lithium is already piloting its own DLE process in southern Arkansas, where the geology is very similar to Alberta and Saskatchewan.

Heavy on quality, light on emissions

All lithium produced today has a carbon footprint, most of which can be tied back to energy-intensive processing. The purity of lithium is essential to battery safety and performance, but this comes at a cost when lithium is mined with trucks and shovels and then refined in coal-heavy China.

As automakers look to source more sustainable raw materials, Alberta’s experience with green technologies such as renewable electricity and carbon capture and storage can make it one of the world’s largest suppliers of zero-carbon lithium.

The rewards would be considerable. E3 Metals’ Alberta project alone could generate annual revenues of US$1.8 billion by 2030, based on projected production and price forecasts. This would create thousands of direct jobs, and many more indirectly.

To truly grow this industry, however, Canada needs to move beyond its comfort zone. Rather than produce lithium as yet another raw-commodity export, Canadians should be manufacturing end products, such as batteries, for the electrified economy. With nickel and cobalt refining, graphite resources and abundant petrochemical infrastructure already in place, Canada must aim for a larger piece of the supply chain.

By 2030, the global battery market is expected to be worth $116 billion annually. The timing is right to invest in a strategic commodity and grow our manufacturing sector. This is why the Alberta-based Energy Futures Lab has called lithium one of the ‘Five big ideas for Alberta’s economic recovery.’  The assets of today’s energy economy can be used to help build and launch new resource industries like lithium, required for the low-carbon energy system of the future.

To do this, however, governments will have to step up the way they did a generation ago. In 1975, the Alberta government kick-started oil-sands development by funding the Alberta Oil Sands Technology and Research Authority. AOSTRA developed a technology called SAGD (steam-assisted gravity drainage) that now accounts for 80% of Alberta’s in situ oil-sands production.

Canada’s lithium industry needs similar support. Despite the compelling long-term economics of lithium, some industry investors need help to balance the risks of pioneering such a new industry in Canada. The U.S. government has recognized a similar need, with the Department of Energy’s recent US$30 million earmarked for innovation in critical minerals processing and the California Energy Commission’s recent grants of US$7.8 million for geothermal-related lithium extraction.

The North American lithium-battery supply chain will soon be looking for local sources of supply. Now is the time for Alberta and Canada to capture the abundant economic opportunities of the clean-energy future.