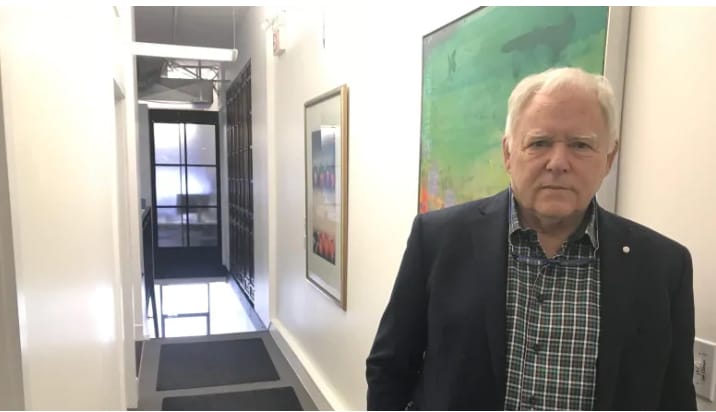 Nick Clark is the owner of Spot Power.

CALGARY - Jason Kenney's government is facing renewed pressure to cancel a massive overhaul of Alberta's power market that one player says will needlessly spike costs by hundreds of millions of dollars.

Nick Clark, who owns the Calgary-based electricity retailer Spot Power, has sent the Alberta government an open letter urging it to walk away from the electricity model proposed by the former NDP government.

"How can you encourage new industry to open up when one of their raw material costs will increase so dramatically?" Clark said. "The capacity market will add more costs to the consumer and it will be a spiral downwards."

But NDP Leader Rachel Notley, whose government ushered in the changes, said fears over dramatic cost increases are unfounded.

"There are some players within the current electricity regime who have a vested interest in maintaining the current situation," Notley said

Kenney's UCP vowed during the recent election to review the current and proposed electricity market options, with plans to report on its findings within 90 days.

The party also promised to scrap subsidies for renewable power, while ensuring "a market-based electricity system."

The New Democrats had opted to scrap the current deregulated power market — in place since the Klein era — after phasing out coal-fired generation and ushering in new renewable power as part of their climate change strategy.

After consulting with power companies and investors, the AESO concluded in late 2016 the electricity market couldn't attract enough investment to build the needed power generation under the current model.

The AESO said at the time investors were concerned their revenues would be uncertain once new plants are running. It recommended what's known as a capacity market, which compensates power generators for having the ability to produce electricity, even when they're not producing it.

In other words, producers would collect revenue for selling electricity into the grid and, separately, for having the capacity to produce power as a backstop, ensuring the lights stay on. Power generators would use this second source of income to help cover plant construction costs.

Clark said the complex system introduces unnecessary costs, which he believes would hurt consumers in the end. He said what's preventing investment in the power market is uncertainty over how the market will be structured in the future.

"What investors need to see in this market is price certainty, regulatory ease, and where the money they're putting into the marketplace is not at risk," he said.

"They can risk their own money, but if in fact the government comes in and changes the policy as it was doing, then money stayed away from the province."

Notley said a capacity market would not increase power bills but would avoid big price swings, while bringing greener sources of energy into Alberta's grid.

"Moving back to the [deregulated] energy-only market would make a lot of money for a few people, and put consumers, both industrial and residential, at great risk."

Clark disagrees, citing Enmax's recent submissions to the Alberta Utilities Commission, in which the utility argues the proposed design of the capacity market is flawed.

In its submissions to the commission, which is considering the future of Alberta's power market, Enmax says the proposed system would overestimate the amount of generation capacity the province will need in the future. It says the calculation could result in Alberta procuring too much capacity.

The City of Calgary-owned utility says this could drive up costs by anywhere from $147 million to $849 million a year. It says a more conservative calculation of future electricity demand could avoid the extra expense.

An analysis by a Calgary energy consulting firm suggests a different feature of the proposed power market overhaul could also lead to a massive spike in costs.

EDC Associates, hired by the Consumers' Coalition of Alberta, argues the proposal to launch the new system in November 2021 may be premature, because it could bring in additional supplies of electricity before they're needed.

The consultant's report, also filed with the Alberta Utilities Commission, estimates the early launch date could require customers to pay 40 per cent more for electricity — potentially an extra $1.4 billion — in 2021/22.

Reid-Carlson recommends delaying the launch date by several years and making another tweak: reducing the proposed target for system reliability, which would scale back the amount of power generation needed to backstop renewable sources.

"You could get a result in the capacity market that would give a similar cost to consumers that the [deregulated] energy-only market design would have done otherwise," he said.

"You could have a better risk profile associated with the capacity market that would serve consumers better through lower cost, lower price volatility, and it would serve generators better by giving them better access to capital at lower costs."

The UCP government did not respond to a request for comment.