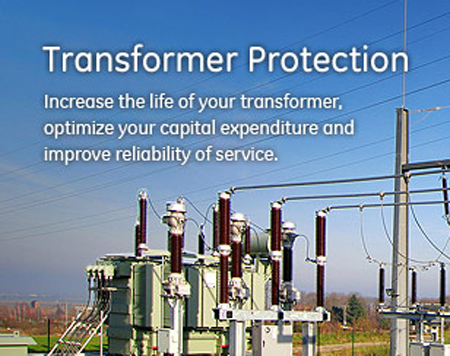 Transformer Protection methods vary widely, depending on the application

A transformer may be subjected to overcurrents ranging from just in excess of nameplate rating to as much as 10 or 20 times rating. Currents up to about twice rating normally result from overload conditions on the system, while higher currents are a consequence of system faults. When such overcurrents are of extended duration, they may produce either mechanical or thermal damage in a transformer, or possibly both. At current levels near the maximum design capability (worst-case through-fault), mechanical effects from electromagnetically generated forces are of primary concern. The pulsating forces tend to loosen the coils, conductors may be deformed or displaced, and insulation may be damaged. Lower levels of current principally produce thermal heating, with consequences as described later on loading practices. For all current levels, the extent of the damage is increased with time duration.

Whatever the cause, magnitude, or duration of the overcurrent, it is desirable that some component of the system recognize the abnormal condition and initiate action to protect the transformer. Fuses and protective relays are two forms of protective devices in common use. A fuse consists of a fusible conducting link which will be destroyed after it is subjected to an overcurrent for some period of time, thus opening the circuit. Typically, fuses are employed to protect distribution transformers and small power transformers up to 5000 to 10,000 kVA. Traditional relays are electromagnetic devices which operate on a  400 reduced current derived from a current transformer in the main transformer line to close or open control contacts, which can initiate the 200 operation of a circuit breaker in the transformer line circuit. Relays are used to protect all 100 medium and large power transformers. 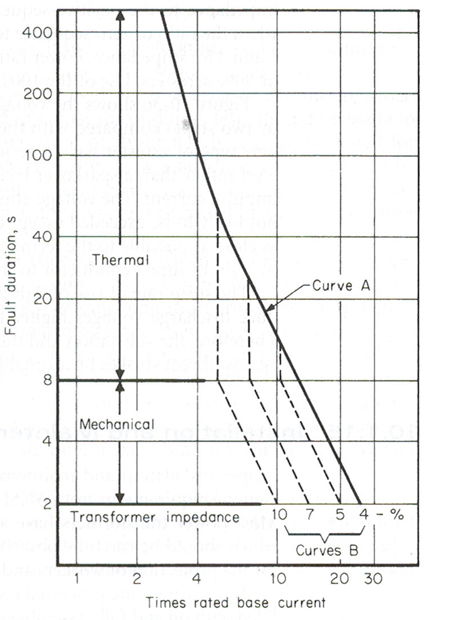