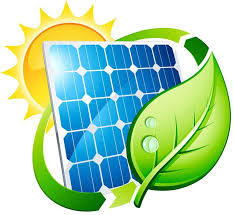 Renewable power technology is developing rapidly around the world aided by range of economic support mechanisms. This paper reviews the various mechanisms, and explores the relative merits of technology push and market pull approaches. It compares the approaches adopted in the UK with those used elsewhere.

THE RENEWABLE CHALLENGE
Renewable power technologies are new entrants into the world's electricity generation systems. However, they face an uphill struggle against the well established dominant electricity generation power technologies coal and gas, plus nuclear. Given increasing concerns about climate change, governments around the world have tried to simulate the expansion of renewable power generation via a range of subsidies and other financial support systems.

Underlying the approaches to the development of renewable power technologies that have been adopted around the world is a basic distinction between supply side "technology push" approaches and demand side "market pull" approaches. It was perhaps inevitable that technology push dominated initially, in the mid 1970s, as new technologies needed research and development (R&D) effort, with much of the funding coming from government in the form of grants to research teams. However, by the early 1980s, the emphasis shifted in most countries to a market pull approach.

MARKETS OR SUBSIDIES?
Renewable power technologies need subsidies to get established, but at some point they should be able to compete with traditional methods of generating electricity, without subsidy. Wind power has nearly reached that point, and some waste or biofuel combustion options have already passed it. So, for these attractive renewable power technologies, the energy market has achieved its primary goal, even though it has maybe not led to much overall installed capacity.

However, there are new renewable power options which need continued support, such as wave and tidal power. With the large scale wave and tidal programs abandoned, and in the new liberalized electricity market, the emphasis being on smaller scale plants, the focus amongst the surviving research teams had been on smaller scale inshore and onshore wave system and on the more recent idea of extracting renewable power from tidal flows.>/p>

Projects like this, which were at best at the demonstration stage and more usually at the R&D stage, are not suited to support under the NFFO or the RO, which are meant for 'near market' technologies. By contrast the REFIT approach has provided support for technologies such as photovoltaic solar which are still very expensive on the assumption that costs will come down later as the market for the technology was expanded by subsidised lift off. So far, as we have seen, the UK approach does not seem to have done enough to help much near market technology take off. It is even less suited to less developed technologies. This may be one reason why, despite having a very large renewable power potential, so much of the world lags behind North America in terms both of developing capacity now, and in terms of meeting targets for the future.