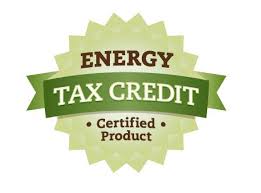 Renewable Energy Credits can be sold and traded or bartered, and the owner of the REC can claim to have purchased renewable energy. While traditional carbon emissions trading programs promote low-carbon technologies by increasing the cost of emitting carbon, RECs can incentivize carbon-neutral renewable energy by providing a production subsidy to electricity generated from renewable sources. It is important to understand that the energy associated with a REC is sold separately and is used by another party. The consumer of a REC receives only a certificate.

In states and provinces that have a REC programs, a green energy provider (such as a wind farm) is credited with one REC for every 1,000 kWh or 1 MWh of electricity it produces (for reference, an average residential customer consumes about 800 kWh in a month). A certifying agency gives each REC a unique identification number to make sure it doesn't get double-counted. The green energy is then fed into the electrical grid (by mandate), and the accompanying REC can then be sold on the open market.

Renewable energy power companies benefit from RECs because they serve as an incentive. Many non-renewable energy sources are subsidized, making it difficult for green energy companies to survive. By being able to sell the power and RECs, the company can afford to thrive in the market. Prices for RECs vary widely, just like other commodities, and they are available for sale in numerous locations.

By purchasing Renewable Energy Credits, consumers can claim that they are supporting green energy. While a consumer would ideally also purchase renewable energy for his or her home, this is not always possible. RECs allow companies and individuals to support power in areas which do not offer it directly. Consumers should also, of course, practice conservation and work to get green power in their area, but RECs are a good place to start. For companies, they are an important part of doing business responsibly, while thinking about future generations.

Along with carbon offsets and other incentive programs, Renewable Energy Credits are part of a growing movement which acknowledges that even small changes make a big difference. By supporting green energy, consumers show that there is a demand for it, and companies can build more plants or accelerate production with the funds raised through the sale of RECs. Organizations which promote programs like this hope to eventually see everyone's ecological footprint, meaning the amount of resources and space needed to support a particular lifestyle, greatly reduced.

What's the difference between a REC and a Carbon Offset?

All RECs from qualifying new generators represent the environmental attributes of renewable power, principally the fact that producing that power causes less, or no, pollution. When you buy an amount of wind-generated Renewable Energy Credits equal to your electricity consumption, you are legally entitled to claim that you are wind powered, and that your electricity use does not contribute to global warming. In other words, all wind Renewable Energy Credits can convert your electricity to wind power. However, for a REC to be used to offset emissions from driving, flying or heating your home, it must be from a project that would not have been implemented without the opportunity to realize revenues for the carbon reductions (in other words, it must be "additional" to business-as-usual - see "what's the importance of additionality, below"), and not all renewable energy projects can say that.