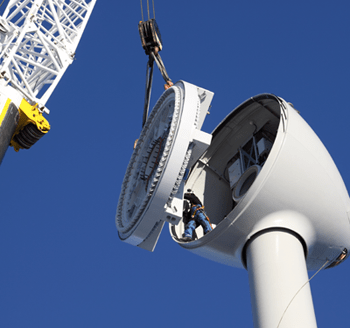 LOS ANGELES - Wind turbines are capable of producing vast amounts of electricity at competitive prices, provided they are efficiently maintained and operated. Being a cleaner, greener source of energy, wind energy is also more reliable than other sources of power generation. Therefore, the demand for wind energy is slated to soar over the next few years, fuelling the growth of the global market for wind turbine operations and maintenance. By application, offshore and onshore wind turbine operations and maintenance are the two major segments of the market.

The rising number of aging wind turbines emerges as a considerable potential for the growth of the market. The increasing downpour of funds from financial institutions and public and private investors has also been playing a significant role in the expansion of the market. On the other hand, insufficient number of skilled personnel, coupled with increasing costs of logistics, remains a key concern restricting the growth of the market. However, the growing demand for offshore wind turbines across the globe is likely to materialize into fresh opportunities.

A number of market players have been offering diverse services with a view to make a mark in the global market for wind turbine operations and maintenance. For instance, Scotland-based SgurrEnergy announced the provision of unmanned aerial vehicles (UAVs), commonly known as drones, as a part of its inspection services. Detailed and accurate assessments of wind turbines can be obtained through these drones, which are fitted with cameras, with four times quicker inspections than traditional methods, claims the company. This new approach has not only reduced downtime, but also has prevented the risks faced by inspection personnel.

The increasing number of approvals and new projects is preparing the ground for a rising demand for wind turbine operations and maintenance. In March 2017, for example, the Scottish government approved the installation of eight 6-megawatt wind turbines off the coast of Aberdeen, towards the northeast. The state of Maryland in the U.S. will witness the installation of a new offshore wind plant, encouraging greater adoption of wind energy in the country. The U.K. has also been keeping pace with the developments, with the installation of a 400-MW offshore wind farm, off the Sussex coast throughout 2017. The Rampion project will be developed by E.on, who has partnered with Canada-based Enbridge Inc. and the UK Green Investment Bank plc.

Based on geography, the global market for wind turbine operations and maintenance has been segmented into Asia Pacific, Europe, North America, and Rest of the World (RoW). Countries such as India, China, Spain, France, Germany, Scotland, and Brazil are some of the prominent users of wind energy and are therefore likely to account for a considerable share in the market. In the U.S., favorable government policies are backing the growth of the market. For instance, in 2013, a legislation that permits energy companies to transfer the costs of offshore wind credits to ratepayers was approved. Asia Pacific is a market with vast potential, with India and China being major contributors aiding the expansion of the market.