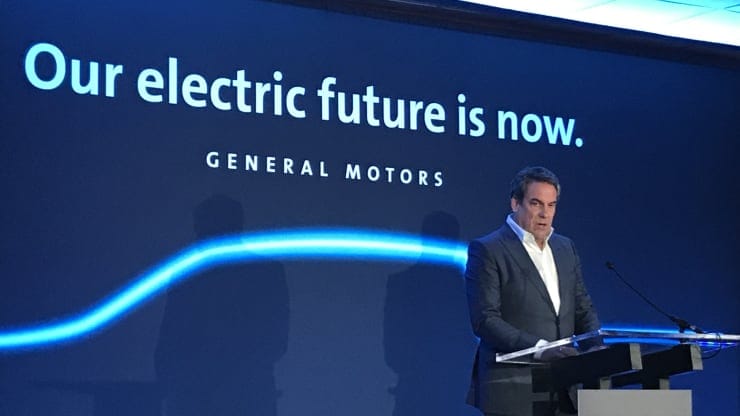 GM said the jobs will be focused on engineering, design and information technology “to increase diversity and inclusion and contribute to GM’s EV and customer experience priorities.” The hiring is expected through the first quarter of 2021. Many of the positions will be remote as GM begins to offer “more remote opportunities than ever before,” the company said.

“As we evolve and grow our software expertise and services, it’s important that we continue to recruit and add diverse talent,” GM President Mark Reuss said in a release. “This will clearly show that we’re committed to further developing the software we need to lead in EVs, enhance the customer experience and become a software expertise-driven workforce.”

General Motors CEO on third-quarter earnings, rise in demand for trucks and more
The hiring blitz comes as the automaker expects to increase focus on electric vehicles, including offering at least 20 new electric vehicles globally by 2023. GM earlier this year said it planned to invest $20 billion in electric and autonomous vehicles by 2025.

Shares of the automaker reached a new 52-week high of $39.72 ahead of the Monday announcement. The stock was up 5% during midday trading Monday following market optimism about a Covid-19 vaccine and President-elect Joe Biden outlining priorities that would support electric vehicles.

The race between Tesla, GM, Rivian and others to dominate electric pickup trucks
“We’re looking forward to working with the Biden administration and support policies that will foster greater adoption of EVs across all 50 states and encourage investments in R&D and manufacturing,” Morris said. “At the end of the day, climate change is a global concern and the best way to remove automobile emissions from the environmental equation is all-electric, zero-emissions future.”

The additional jobs are separate from a previous announcement by GM to hire 1,100 new employees as part of a $2.3 billion joint venture with LG Chem to produce Ultium cells in northeast Ohio.