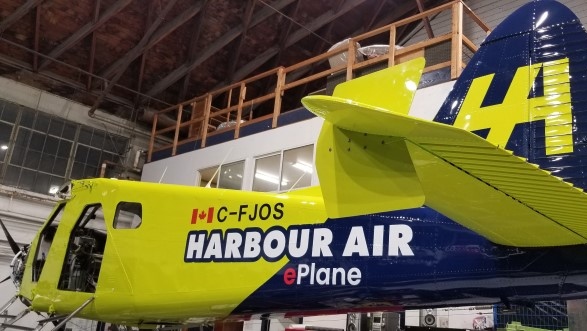 A Harbour Air e-plane that is under construction

VICTORIA - Float plane operator Harbour Air is getting closer to achieving its goal of flying to and from Vancouver Island without fossil fuels.

Harbour Air president Randy Wright says the company has joined with a new battery supplier to provide a lighter and longer-lasting power source.

The company hopes to get Transport Canada certification to start carrying passengers on electric seaplanes by 2023.

"This is all new to Transport, so they've got to make sure it's safe just like our aircraft that are running today,” Wright said Wednesday. “They're working very hard at this to get this certified because it's a first in the world."