Saskatchewan to credit solar panel owners, but not as much as old program did 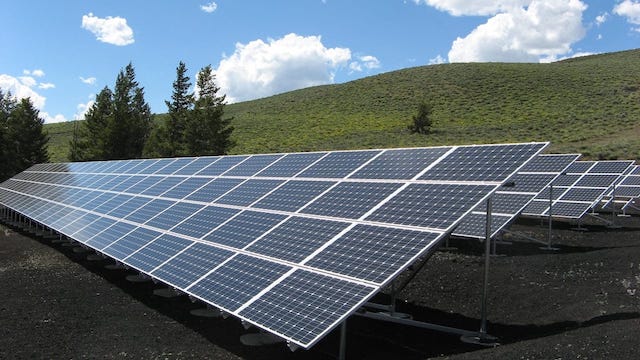 REGINA - Saskatchewan has unveiled a new program that credits electricity customers for generating their own solar power, but it won’t pay as much as an older program did or reimburse them with rebates for their costs to buy and install equipment.

The new net metering program takes effect Nov. 1, and customers will be able to use solar to offset their own power use at the retail rate.

But they will only get 7.5 cents per kilowatt hour credit on their bills for excess energy they put back into the grid, rather than the 14 cents in the previous program.

Dustin Duncan, the minister responsible for Crown-owned SaskPower, says the utility had to consider the interests of people wanting to use rooftop solar and everyone else who doesn’t have or can’t afford the panels, who he says would have to make up for the lost revenue.

Duncan says the idea is to create a green energy option, while also avoiding passing on more of the cost of the system to people who just cannot afford solar panels of their own.

Customers with solar panels will be allowed to generate up to 100 kilowatts of power against their bills.

“It’s certainly my hope that this is going to provide sustainability for the industry, that they have a program that they can take forward to their potential customers, while at the same time ensuring that we’re not passing onto customers that don’t have solar panels more cost to upkeep the grid,” Duncan said Tuesday.

“(Duncan) essentially made it so that any homeowner who wants to put up panels would take up to twice as long to pay it back, which effectively prices everybody in the small part of the solar production industry — the homeowners, the farms, the small businesses, the small towns — out of the market,” Meili said.

The province’s old net metering program hit its 16 megawatt capacity ahead of schedule, forcing the program to shut down. It also had a rebate of 20 per cent of the cost of the system, but that rebate has been discontinued.

The new net metering program won’t have any limit on program capacity, or an end date.

According to Duncan, the old program would have had a net negative impact to SaskPower of about $54 million by 2025, but this program will be much less — between $4 million and $5 million.

Duncan said other provinces either have already or are in the process of moving away from rebates for solar equipment and away from the one-to-one credits for power generation.