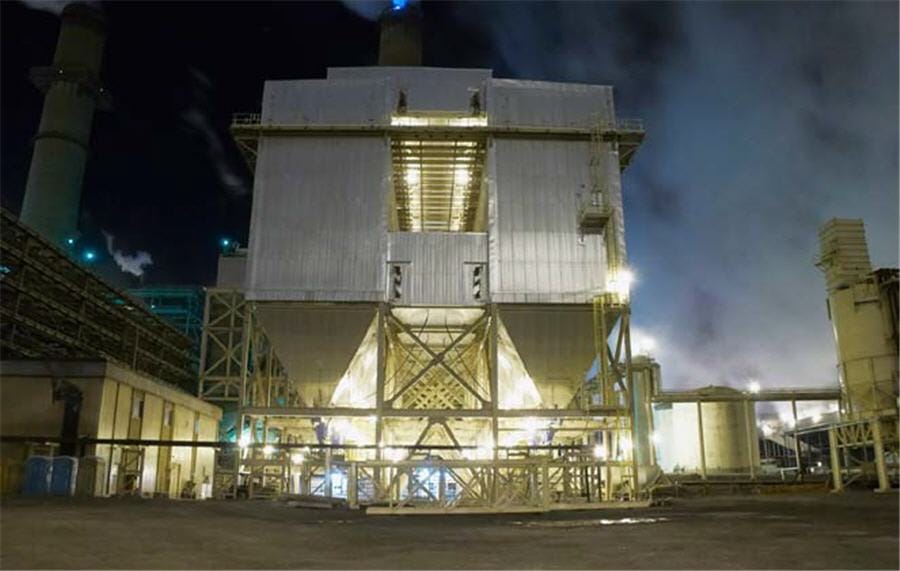 SAN JUAN - One dollar. That’s how much an aging New Mexico coal plant is worth. And by some estimates, even that may be too much.

Acme Equities LLC, a New York-based holding company, is in talks to buy the 847-megawatt San Juan Generating Station for $1, after four of its five owners decided to shut it down. The fifth owner, the nearby city of Farmington, says it’s pursuing the bargain-basement deal with Acme to avoid losing about 1,600 direct and indirect jobs in the area.

Acme’s interest comes as others are looking to exit a coal industry that’s been plagued by costly anti-pollution regulations. Acme’s plan: Buy the plant "at a very low cost," invest in carbon capture technology that will lower emissions, and then sell the captured CO2 to oil companies, said Larry Heller, a principal at the holding group.

By doing this, Acme “believes we can generate an acceptable rate of return,” Heller said in an email.

Meanwhile, San Juan’s majority owner, PNM Resources Inc., offers a distinctly different view. A 2022 shutdown will push ratepayers to other energy alternatives now being planned, saving them about $3 to $4 a month on average, PNM has said.

“We could not identify a solution that would make running San Juan Generating Station economical,” said Tom Fallgren, a PNM vice president, in an email.

The potential sale comes as a new clean-energy bill, supported by Governor Lujan Grisham, is working its way through the state legislature. It would require the state to get half of its power from renewable sources by 2030, and 100 percent by 2045. At the same time, the legislation imposes an emissions cap that’s about 60 percent lower than San Juan’s current levels.

In response, Acme is planning to spend $400 million to $800 million to retrofit the facility with carbon capture and sequestration technology that would collect carbon dioxide before it’s released into the atmosphere, Heller said. That would put the facility into compliance with the pending legislation and, at the same time, help generate revenue for the plant.

The company estimates the system would cut emissions by as much as 90 percent, and the captured gas could be sold to oil companies, which uses it to enhance well recovery. The bottom line, according to Heller: “A winning financial formula.”

It’s a tricky formula at best. Carbon-capture technology has been controversial, expensive to install and unproven at scale. Additionally, to make it work at the San Juan plant, the company would need to figure out how to deliver the CO2 to customers since the nearest pipeline is about 20 miles (32 kilometers) away.

Acme is also evaluating ways to reduce costs at San Juan, Heller said, including negotiating a cheaper coal-supply contract and qualifying for subsidies.

Farmington’s stake in the plant is less than 10 percent. But under terms of the partnership, the city — population 45,000 — can assume full control of San Juan should the other partners decide to pull out. That’s given Farmington the legal authority to pursue the plant’s sale to Acme.

At the end of the day, nobody wants the energy

“We respectfully disagree with the notion that the plant is not economical,” Farmington Mayor Nate Duckett said by email. Ducket said he’s in better position than the other owners to assess San Juan’s importance “because we sit at Ground Zero.”

The city’s economy would benefit from keeping open both the plant and a nearby coal mine that feeds it, according to Duckett, with operations that contribute about $170 million annually to the local area.

While the loss of those jobs would be painful to some, Camilla Feibelman, a Sierra Club chapter director, is hard pressed to see a business case for keeping San Juan open. The plant isn’t economical now, and would almost certainly be less so after investing the capital to add carbon-capture systems.

Farmington is taking a “myopic view on keeping the plant open,” she said. “At the end of the day, nobody wants the energy.”