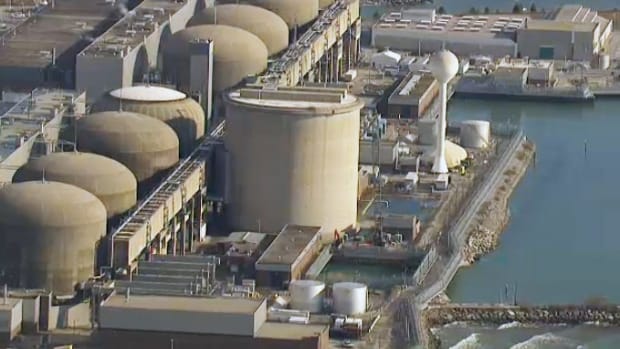 TORONTO - A number of questions still remain a week after an emergency alert was mistakenly sent out to people across Ontario warning of an unspecified incident at the Pickering Nuclear Generating Station.

The province’s solicitor general has stepped in and says an investigation into the incident should be completed fairly quickly.

However, the nuclear scare has still left residents on edge with tens of thousands of people ordering potassium iodide, or KI, pills that protect the body from radioactive elements in the days following the incident.

Here’s what we know and still don’t know about the mistaken Pickering nuclear plant alert:

Who sent the alert?

According to the Alert Ready Emergency Alert System website, the agency works with several federal, provincial and territorial emergency management officials, Environment and Climate Change Canada and Pelmorex, a broadcasting industry and wireless service provider, to send the alerts.

Martin Belanger, the director of public alerting for Pelmorex, a company that operates the alert system, said there are a number of safeguards built in, including having two separate platforms for training and live alerts.

"The software has some steps and some features built in to minimize that risk and to make sure that users will be able to know whether or not they're sending an alert through the... training platform or whether they're accessing the live system in the case of a real emergency," he said.

Only authorized users have access to the system and the province manages that, Belanger said. Once in the live system, features make the user aware of which platform they are using, with various prompts and messages requiring the user's confirmation. There is a final step that also requires the user to confirm their intent of issuing an alert to cellphones, radio and TVs, Belanger said.

Last Sunday, a follow-up alert was sent to cellphones nearly two hours after the original notification.

What has the investigation revealed?

It’s still unclear as to how exactly the alert was sent in error, but Solicitor General Sylvia Jones has tapped the Chief of Emergency Management Ontario to investigate.

"It's very important for me, for the people of Ontario, to know exactly what happened on Sunday morning," Jones said.

Jones said initial observations suggest human error was responsible for the alert that was sent out during routine tests of the emergency alert.

“I want to know what happened and equally important, I want some recommendations on insurances and changes we can make to the system to make sure it doesn't happen again,” Jones said.

Jones said she expects the results of the probe to be made public.

Can you unsubscribe from emergency alerts?

It’s not possible to opt out of receiving the alerts, according to the Alert Ready Emergency Alert System website.

“Given the importance of warning Canadians of imminent threats to the safety of life and property, the CRTC requires wireless service providers to distribute alerts on all compatible wireless devices connected to an LTE network in the target area,” the website reads.

The agency explains that unlike radio and TV broadcasting, the wireless public alerting system is geo-targeted and is specific to the a “limited area of coverage”.

“As a result, if an emergency alert reaches your wireless device, you are located in an area where there is an imminent danger.”

The Pickering alert, however, was received by people from as far as Ottawa to Windsor.

The Pickering nuclear plant has been operating since 1971, and had been scheduled to be decommissioned this year, but the former Liberal government -- and the current Progressive Conservative government -- committed to keeping it open until 2024. Decommissioning is now set to start in 2028.

It operates six CANDU reactors, generates 14 per cent of Ontario's electricity and is responsible for 4,500 jobs across the region, according to OPG.

What should I do if I receive an emergency alert?

Alert Ready says that if you received an alert on your wireless device it’s important to take action “safely”.

“Stop what you are doing when it is safe to do so and read the emergency alert,” the agency says on their website.

“Alerting authorities will include within the emergency alert the information you need and guidance for any action you are required to take. This could include but is not limited to: limit unnecessary travel, evacuate the areas, seek shelter, etc.”

The wording of last Sunday's alert caused much initial confusion, warning residents within 10 kilometres of the plant of "an incident," though there was no "abnormal" release of radioactivity and residents didn't need to take protective steps, but emergency crews were responding.

“In the event of a real emergency, the wording would be different,” Jones said.