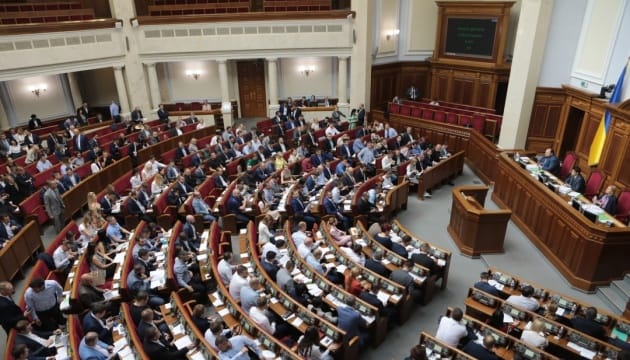 KIEV - The Verkhovna Rada, Ukraine's parliament, has adopted at first reading a draft law that proposes giving the National Commission for State Regulation of Energy and Public Utilities the right to set marginal prices in the electricity market until 2023.

A total of 259 MPs voted for the document at a parliament meeting on Tuesday, November 12, according to an Ukrinform correspondent.

Bill No. 2233 introducing amendments to the law on the electricity market provides for the legislative regulation of the mechanism for fulfilling special obligations for the purchase of electricity at a "green" tariff, preventing the uncontrolled growth of electricity prices due to the lack of effective competition, ensuring heat supply to consumers during the heating period by regulating the issue of the functioning of thermal power plants in the new electricity market.

It is proposed to introduce respective amendments to the law of Ukraine on the electricity market.

In particular, the draft law gives the regulator the right for the period until July 1, 2023 to set marginal prices on the day-ahead market, the intraday market and the balancing market for each trade zone and to decide on the obligation for producers to submit proposals (applications) for the sale of electricity on the day-ahead market.

Lawmakers think that the adoption of the bill and empowering the regulator to set marginal prices in the relevant segments of the electricity market will prevent "an uncontrolled increase in electricity prices due to the lack of effective competition or collusion between market players, as well as regulate the issue of the functioning of thermal power plants during the autumn and winter period, which is a necessary prerequisite for providing heat to consumers during the heating period."