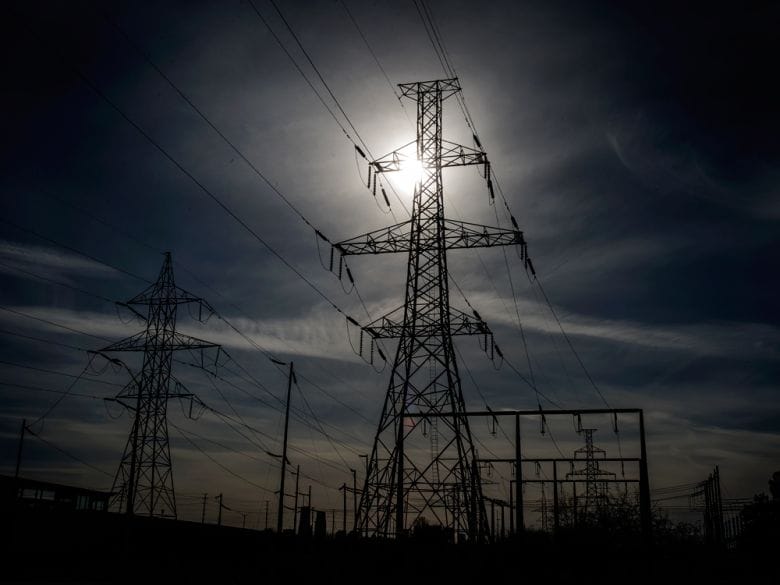 TORONTO - Ontario’s court of appeal has decided that a constitutional challenge of a steep provincial electricity charge should get its day in court, overturning a lower-court judgment that had dismissed the legal bid.

Hamilton, Ont.-based National Steel Car Ltd. launched the challenge in 2017, saying Ontario’s so-called global adjustment charge was unconstitutional because it is a tax — not a valid regulatory charge — that was not passed by the legislature.

The global adjustment funds the difference between the province’s hourly electricity price and the price guaranteed under contracts to power generators. It is “the component that covers the cost of building new electricity infrastructure in the province, maintaining existing resources, as well as providing conservation and demand management programs,” the province’s Independent Electricity System Operator says.

However, the global adjustment now makes up most of the commodity portion of a household electricity bill, and its costs have ballooned.

National Steel Car, which manufactures steel rail cars, said its global adjustment costs went from $207,260 in 2008 to almost $3.4 million in 2016, according to an Ontario Court of Appeal decision released on Wednesday.

The company claimed the global adjustment was a tax because one of its components funds electricity procurement contracts under a “feed-in tariff” program, or FIT, which National Steel Car called “the main culprit behind the dramatic price increases for electricity,” the decision said.

Ontario’s auditor general said the FIT program “paid excessive prices to renewable energy generators.” The program has been ended, but contracts awarded under it remain in place.

National Steel Car claimed the FIT program “was actually designed to accomplish social goals unrelated to the generation of electricity,” such as helping rural and indigenous communities, and was therefore a tax trying to help with policy goals.

“The appellant submits that the Policy Goals can be achieved by Ontario in several ways, just not through the electricity pricing formula,” the decision said.

National Steel Car also argued the global adjustment violated a provincial law that requires the government to hold a referendum for new taxes.

“The appellant’s principal claim is that the Global Adjustment was a ‘colourable attempt to disguise a tax as a regulatory charge with the purpose of funding the costs of the Policy Goals,’” the decision said. “The appellant pressed this argument before the motion judge and before this court. The motion judge did not directly or adequately address it.”

The Ontario government applied to have the challenge thrown out for having “no reasonable cause of action,” and a Superior Court judge did so in 2018, saying the global adjustment is not a tax.

National Steel Car appealed, and the decision published Wednesday allowed the appeal, set aside the lower-court judgment, and will send the case back to Superior Court, where it could get a full hearing.

“The appellant’s claim is sufficiently plausible on the evidentiary record it put forward that the applications should not have been dismissed on a pleadings motion before the development of a full record,” wrote Justice Peter D. Lauwers. “It is not plain, obvious and beyond doubt that the Global Adjustment, and particularly the challenged component, is properly characterized as a valid regulatory charge and not as an impermissible tax.”

Jerome Morse of Morse Shannon LLP, one of National Steel Car’s lawyers, said the Ontario government would now have 60 days to decide whether to seek permission to appeal to the Supreme Court of Canada.

“What the court has basically said is, ‘this is a plausible argument, here are the reasons why it’s plausible, there was no answer to this,’” Morse told the Financial Post.

Ontario and the IESO had supported the lower-court decision, but there has been a change in government since the challenge was first launched, with Progressive Conservative Premier Doug Ford replacing the Liberals and Kathleen Wynne in power. The Liberals had launched a plan aimed at addressing hydro costs before losing in a 2018 election, the main thrust of which had been to refinance global adjustment costs.

Wednesday’s decision states that “Ontario’s counsel advised the court that the current Ontario government ‘does not agree with the former government’s electricity procurement policy (since-repealed).’

“The government’s view is that: ‘The solution does not lie with the courts, but instead in the political arena with political actors,’” it adds.

A spokesperson for Ontario Energy Minister Greg Rickford said in an email that they are reviewing the decision but “as this matter is in the appeal period, it would be inappropriate to comment.”

Ontario had also requested to stay the matter so a regulator, the Ontario Energy Board, could weigh in.

“However, Ontario only sought this relief from the motion judge in the alternative, and given the motion judge’s ultimate decision, she did not rule on the stay,” Thursday’s decision said. “It would be premature for this court to rule on the issue, although it seems incongruous for Ontario to argue that the Superior Court is the convenient forum in which to seek to dismiss the applications as meritless, but that it is not the convenient forum for assessing the merits of the applications.”

National Steel Car’s challenge bears a resemblance to the constitutional challenges launched by Ontario and other provinces over the federal government’s carbon tax, but Justice Lauwers wrote “that the federal legislative scheme under consideration in those cases is distinctly different from the legislation at issue in this appeal.”

“Nothing in those decisions impacts this appeal,” the judge added.