Are Norwegian energy firms ‘best in class’ for environmental management? 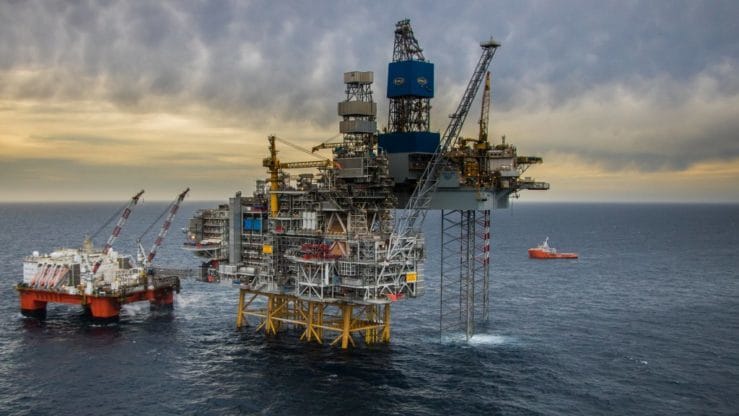 The recent Energy Voice article from the Equinor chairman concerning the Mariner project heralding a ‘significant point of reference’ for growth highlighted the energy efficiency achievements associated with the platform.

I view energy efficiency as a key enabler to net zero and it is a topic I have been involved with for many years.

As part of my energy efficiency work, I investigated Norwegian practices and compared them with the UK.

There were many differences, here are three;

1. Power for offshore installations is usually supplied from gas turbines burning fuel from the oil and gas processing plant and converting that to electricity or coupling the gas turbine to a machine such as a gas compressor.

There are two main generic types of gas turbine – aero-derivative and industrial. As the name implies aero-derivatives are aviation engines used in a static environment. Aero-derivative turbines are designed to be energy efficient as that is very import for the aviation industry.

Not so with industrial type gas turbines; they are typically 5-10% less efficient than a comparable aero-derivative.

Industrial machines do have some advantages – they can be cheaper, require less frequent maintenance, they have a wide fuel composition tolerance and they can be procured within a shorter time frame.

My comparison showed that aero-derivative machines prevailed in Norway because of the energy efficiency advantages – not the case in the UK where there are many more offshore industrial gas turbines.

2. Offshore gas flaring is probably the most obvious source of inefficient use of energy with consequent greenhouse gas emissions.

On UK installations gas is always flared due to the design of the oil and gas processing plant.

Though not a large quantity of gas, a continuous flow of gas is routinely sent to flare from some of the process plant.

In addition the flare requires pilot flames to be maintained burning at all times and a purge of hydrocarbon gas is introduced into the pipes to prevent unsafe air ingress that could lead to an explosive mixture.

On many Norwegian installations the flare system is designed differently. Flare gas recovery systems are deployed which results in no flaring during continuous operations.

3. Returning to gas turbines, all UK offshore gas turbines are open cycle – gas is burned to produce energy and the very hot exhaust gases are vented to the atmosphere. Around 60 -70% of the energy is lost in the exhaust gases.

Some UK fields use this hot gas as a heat source for some of the oil and gas treatment operations hence improving energy efficiency.

There is another option for gas turbines that will significantly improve energy efficiency – combined cycle.

Here the exhaust gases from an open cycle machine are taken to a separate turbine. This additional turbine utilises exhaust heat to produce steam with the steam used to drive a second turbine to generate supplementary electricity. It is the system used in most UK power stations.

I have worked on the development of many UK oil and gas fields and combined cycle has rarely been considered.

The reason being is that, despite the clear energy saving, they are too costly and complex to justify deploying offshore.

However that is not the case in Norway where combined cycle is used on Oseberg, Snorre and Eldfisk.

What makes the improved Norwegian energy efficiency practices different from the UK – the answer is clear; the Norwegian CO2 tax.

A tax that makes CO2 a significant part of offshore operating costs.

The consequence being that deploying energy efficient technology is much easier to justify in Norway when compared to the UK.

Do we need a CO2 tax in the UK to meet net zero – I am convinced we do. I am in good company. BP, Shell, ExxonMobil and Total are supporting a carbon tax.

Not without justification there has been much criticism of Labour’s recent oil tax plans.

To my mind Labour’s laudable aims to tackle the Climate Emergency would be much better served by supporting a CO2 tax.