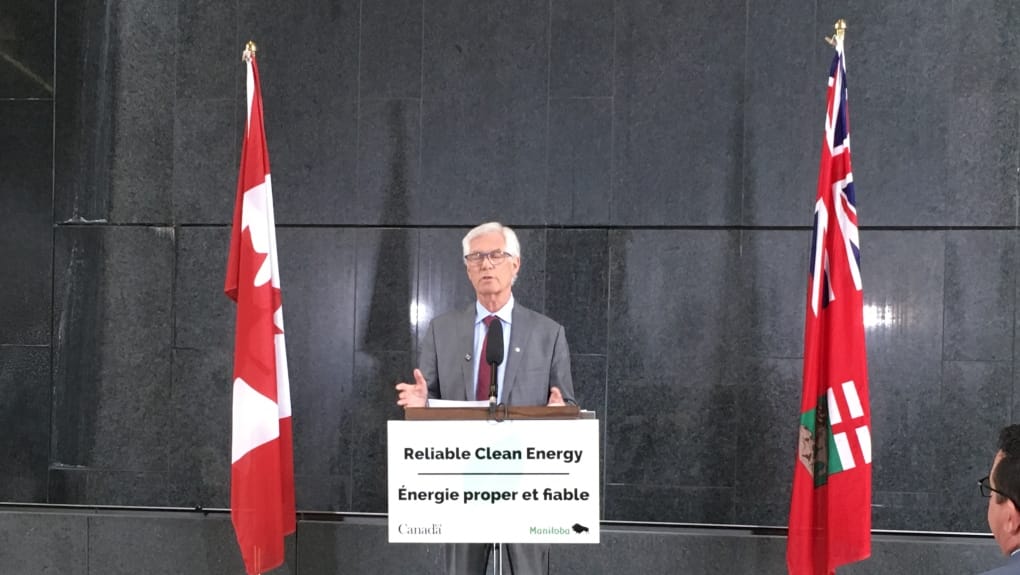 The federal government has announced funding for the Birtle Transmission Line

The project will help Manitoba Hydro build a transmission line from Birtle South Station in the Municipality of Prairie View to the Manitoba–Saskatchewan border 46 kilometres northwest. Once completed, the new line will allow up to 215 megawatts of hydroelectricity to flow from the Manitoba Hydro power grid to the SaskPower power grid.

"The Government of Canada is proud to be working with Manitoba to support projects that create jobs and improve people's lives across the province. The Birtle Transmission Line will provide the region with reliable and greener energy that will help protect our environment while laying the groundwork for clean economic growth," said Jim Carr, member of Parliament for Winnipeg South Centre, on behalf of Catherine McKenna, minister of infrastructure and communities.

"The Province of Manitoba has one of the cleanest electricity grids in Canada and the world with over 99 per cent of our electricity generated from clean, renewable sources," said Central Services Minister Reg Helwer. "The Made-in-Manitoba Climate and Green Plan is good not only for Manitoba but for Canada and globally."

Jay Grewal, president, and CEO of Manitoba Hydro said the funding is a great example of co-operation between the provincial and federal governments.

"We are very pleased that Manitoba Hydro's Birtle Transmission Project is among the first projects to receive funding under the Canada Infrastructure Program, and we would like to thank both levels of governments for recognizing the importance of the project as we strengthen ties with our neighbours in Saskatchewan," said Grewal.

A spokesperson for Manitoba Hydro said it’s too early to say how many jobs will be created during construction, as final contracts have not yet been awarded.